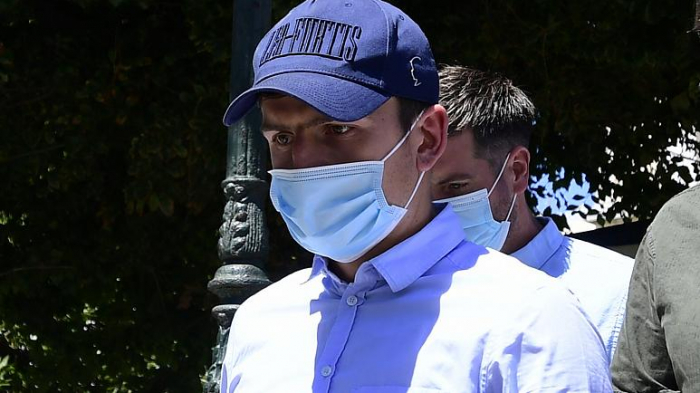 Manchester United captain Harry Maguire has been handed a suspended sentence of 21 months in prison after he was found guilty following a brawl while on vacation in Greece.

Maguire, 27, was found guilty of repeated bodily harm, attempted bribery, violence against public employees, and insult after his arrest, on the island of Mykonos. He had denied all charges.

Two other defendants — including Maguire's brother Joe — were also found guilty on similar charges and handed 13-month sentences. The sentences for all three defendants were suspended for three years.

The England defender was released from custody over the weekend and was allowed to return to the UK.

Manchester United said in a statement that their player had been “fully cooperating” with Greek authorities.

The club said Maguire “continues to strongly assert his innocence” and would appeal the verdict.

“It should be noted that the prosecution confirmed the charges and provided their evidence late on the day before the trial, giving the defense team minimal time to digest them and prepare,” United said. A request for the case to be adjourned was subsequently denied.

“On this basis, along with the substantial body of evidence refuting the charges, Harry Maguire’s legal team will now appeal the verdict, to allow a full and fair hearing at a later date.”

Maguire was called up for the national team’s UEFA Nations League games next month despite his arrest. England coach Gareth Southgate said the defender had apologised for being detained after a brawl.

“I have the insight into the story which is very different from what’s reported,” Southgate said earlier on Tuesday.

“You can only make decisions on facts you are aware of. Clearly, if facts change or information changes I will have to review the decision ... he has my support right now”

Maguire is the world’s most expensive defender, having signed for Manchester United from Leicester City last year in a deal worth £80 million (€87.4 million).

He became captain at Old Trafford midway through his first season.