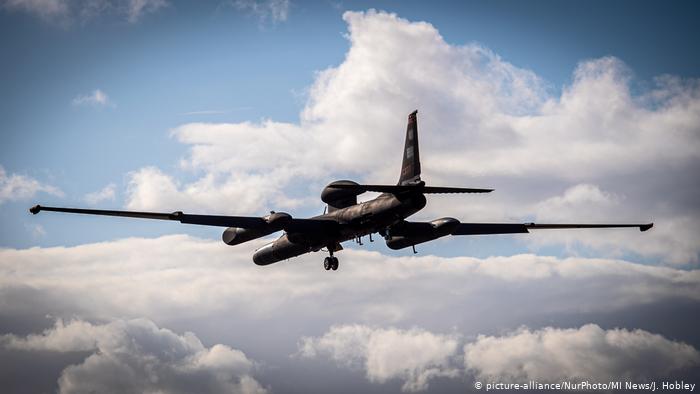 Chinese state media has reported that "solemn representations" have been made to the US regarding the spy plane's flight path in northern China. The US military has denied any wrongdoing.

China said a US spy plane entered a no-fly zone reserved for the Chinese military, describing the incident as an act of provocation, a report said Tuesday, in another sign of the simmering tensions between the two superpowers.

Chinese state-run news agency Xinhua cited defense ministry spokesman Wu Qian as it reported the U-2 reconnaissance jet's flight over the north of the country, stating the action violated safety rules between the US and China.

"The US action could easily have resulted in misjudgments and even accidents," the ministry said.

"China firmly opposes such provocative actions and has lodged solemn representations with the US side," the defense ministry continued. "China demands the US side immediately stop this kind of provocative behavior and take actual steps to safeguard peace and stability in the region."

US says flight within 'rules'

The US military said a U-2 flight occurred in the Indo-Pacific region and confirmed in a statement it was "within the accepted international rules and regulations governing aircraft flights."

"Pacific Air Forces personnel will continue to fly and operate anywhere international law allows, at the time and tempo of our choosing."

The U-2 aircraft can fly at over 70,000 feet (21,300 meters) and conduct reconnaissance activity from afar while not necessarily having to enter a no-fly zone.

In recent years, relations between Washington and Beijing have gradually deteriorated over anything from trade and human rights to what the United States perceives as overly aggressive moves by China's armed forces.