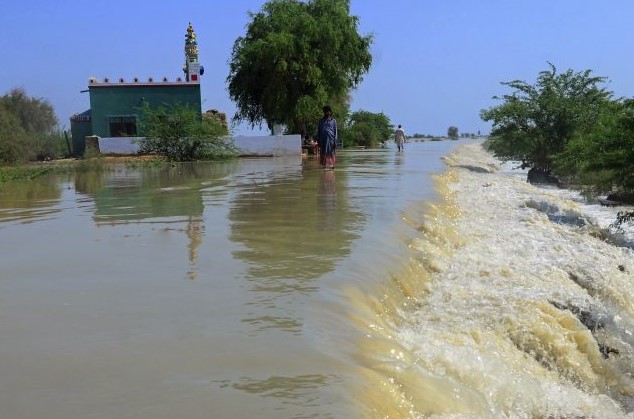 At least 46 people have been killed and hundreds of houses destroyed by flash floods as torrential rains lashed a city north of the Afghan capital, officials said Wednesday, AzVision.az reports citing AFP.

A rescue operation was underway to free people trapped in the rubble of collapsed buildings in Charikar, capital of Parwan province, which was hit by heavy rain overnight.

"There are two families in our neighbourhood who are still under the debris," Abdul Majid, a resident of Charikar told television network Tolo News.

"We need more rescue workers to help us."

The Ministry of Public Health said in a statement that at least 46 people had been killed in Parwan, and about 80 injured.

Wahida Shahkar, spokeswoman for the region's governor, put the death toll at 66 with more than 90 people injured and over 500 houses destroyed.

"We have reports that there are still people trapped under the debris," Tamim Azimi, spokesman for the ministry of disaster management, told AFP.

President Ashraf Ghani ordered emergency relief to be sent to Charikar, the presidential palace said in a statement.

Flash floods were also reported in other provinces -- including Nangarhar, Panjshir, Wardak, Loghar, Paktika and Kapisa -- but there were no reports of casualties, the ministry of disaster management said.

Many poorly built homes, mostly in rural areas, are at risk of collapse during the rains in the impoverished country.

Earlier this month, 16 people, including 15 children, were killed and dozens of houses were destroyed when flash floods ravaged a village in the eastern province of Nangarhar.