Can we easily predict our future feelings? - iWONDER 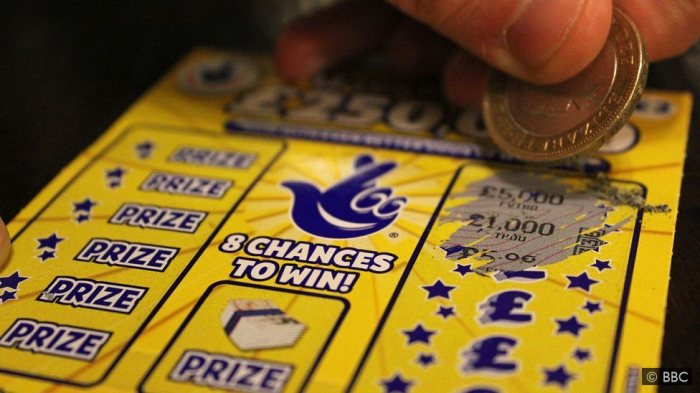 When you imagine how you’ll feel at a future date, you’re unaware of subtle but powerful biases that frame the way you think.

There’s a lot of talk at the moment about the new normal and how we might feel about one day going back to a busy office or to the gym or to the theatre. Some say that they can’t imagine doing some of those things ever again, let alone dancing in a packed club or greeting friends with a hug and kiss.

But are we any good at guessing how we’ll feel in the future? The answer, is not very. And this can mean that we don’t always make the best decisions about our lives.

When we try to predict how we will feel in the future, we naturally try to use the past as a guide. That can work well, except that we have a bias in our thinking towards the recent past. So, if we imagine what a train journey might be like next year, rather than focussing on the hundreds of train journeys we’ve made over the years, we can’t help but consider our most recent trip.

And if that was on a train where masked people were looking slightly nervous, that will be paramount in our minds when we think of a journey in the future, even though we have no idea how long we will need to wear masks for.

We can’t help but concentrate on how we feel right now. When patients with chronic headaches describe the intensity of their pain, their descriptions are more swayed by the intensity of their headache the previous day than their intensity in general. If you ask people how much they would enjoy at bowl of spaghetti bolognese the following day, the hungrier they happen to feel at the moment when you ask them, the more they say they’d like it.

The Harvard University psychologist Dan Gilbert has found that when we consider events our cognitive processes favour the extreme, the first and the most recent. This is known as the “impact bias” and it also causes us to focus on the chief features of an event, so if we’re heading for a pub lunch in the countryside, we might imagine the moment we’re sitting in the sunshine in a pretty garden eating our food. We’re less likely to picture the journey to get there, the search for a pub with a free table outside, the feeling of hungry impatience if there’s a long wait for the food and the possibility of a long traffic jam on the way home.

When we expect an event in the future to be positive, we tend to the focus on the good bits, but when it’s likely to be negative, the bad bits overshadow our expectations. So we imagine everything about going to the dentist will be terrible, while some of it like chatting to the receptionist or hanging your coat up or leaving will be fairly neutral and in fact the worst bits may only last for a few moments. You could interpret this optimistically – it means nothing is quite as bad as we expect, but alas nor quite as good.

But the impact bias can lead us to make the wrong decisions. We might imagine that a new job with a modest pay rise will change our lives. If it takes away the stress of constant money worries then it might. Your friends will congratulate you, but when it comes to maximising your happiness, if you were already managing financially, loved your old job, knew the ropes and were good friends with your colleagues, it might not be the best move.

To make the move you need to be certain that you will be able to spend that extra pay on something that makes you happier. Years of research by the American psychologist Elizabeth Dunn, recounted in her book Happy Money, would suggest this means buying experiences or time off or spending money on others.

We also have a tendency to overestimate the strength of our emotions in the future. In a study where students in the US were asked to predict how they’d feel if their college football team won or lost their next match and were then asked how they actually felt a few days later, they had both overestimated their happiness at winning and their disappointment at losing. This is because they forgot all the other things that would also happen in a day that would also influence their mood for better or worse.

But when the researchers did the same experiment, but asked people to describe a typical day just before they made their predictions, the students’ forecasts became more accurate.

Crucially this can also happen with events that are far more extreme than eating spaghetti bolognese or winning a football match. In his book Stumbling on Happiness, Dan Gilbert demonstrates that we also overestimate the joy and the sadness of life-changing experiences.

A lottery winner, for example, won’t spend every moment celebrating with champagne, posing with a giant cardboard cheque for millions, test-driving sports cars or taking all their friends on holiday. Nor will someone who had a disabling accident spend all their time in shock at what’s happened or converting their home to make it accessible or contemplating how their life has changed.

When imagining either situation people tend to focus on the initial impact, yet assume these feelings will be long-lasting. They forget that they will adjust. Some of these initial sensations of either joy or despair will wear off.

In general this is a good thing. Just as we have a physiological immune system, our psychological immune system protects us. It causes us to pay more attention to the extremes in order that we make the decisions that keep us safe, but we have to remember that it also allows us to adapt, to keep on going when things haven’t gone to plan.

As Paul Dolan, professor of behavioural science at the London School of Economics told me on All in the Mind on BBC Radio 4, “we get used to most of what life throws at us and we get used to it relatively quickly, much faster than we would anticipate. When you get a pay rise the joy of that pay rise wears off very, very fast.”

If our tendency to focus on extreme, first or recent experiences, rather than the most typical, prevents us from predicting accurately how we’ll feel in the future, how can we make good decisions?

In his book Happiness By Design, Dolan recommends canvassing the views of people who have had the experience you’re considering. Or simply asking those around you what they make of your options, because we tend to take a longer term view when thinking about other people’s choices than we do for ourselves. But he says it’s important to ask the right question, not “should I take the new job?” but “what do you think my day-to-day life will be like if I take it?”

As an example, research led by Jennifer Roberts, a professor of economics at the University of Sheffield, found that a longer commute is associated with lower psychological health, especially among married women. Moving further away from work in order to get a bigger home might give you a spare room, but you’ll only use that sometimes, whereas you might notice the aggravations of commuting every day. This is something your friend might point out in advance when you present them with your options.

In the next year many of us will experience a series of firsts in a world fighting a pandemic – going back to an office perhaps, or maybe going on a plane. From psychological research we know that the first time will feel it will feel strangest, especially during those initial 10 minutes. But humans are ever-adaptable and we will quickly become accustomed to our new way of life. The second time won’t be quite as strange.