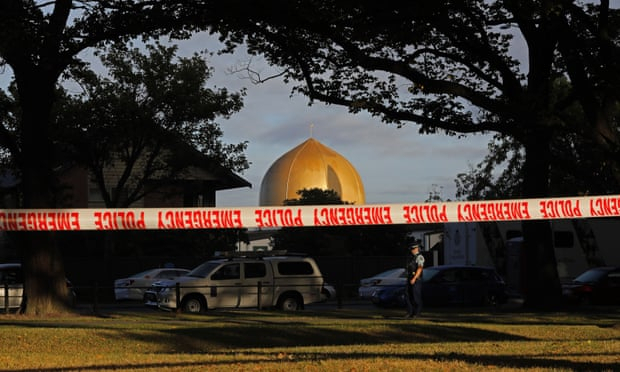 The terrorist who killed 51 Muslim worshippers at two mosques in Christchurch, New Zealand, will spend the rest of his life in jail, a judge has ruled. It is the first time under current New Zealand law that a sentence of life without the possibility of parole has been imposed, the Guardian reported.

Dozens more were wounded in the attacks in March last year in the country’s worst peacetime massacre. It prompted an outpouring of grief and unity in New Zealand and around the world, and generated debate about how to deal with white supremacist terrorism.

Earlier, the gunman, Australian Brenton Tarrant, 29, did not oppose the sentence in court on Thursday – despite being given the chance to do so – provoking surprise among some of his victims.

“You present as a deeply impaired person motivated by a base hatred of people you perceive to be different from yourself,” Justice Cameron Mander, the presiding judge, told the court in Christchurch, as he pronounced the sentence.

“You have offered no apology or public acknowledgement of the harms you have caused,” he added. “While I appreciate that you have forsaken the opportunity to use these proceedings as a platform, you appear neither contrite nor ashamed.”

The attacks had been extensively planned over a long period of time, he said. An earlier official account given in court revealed the gunman had amassed a cache of semiautomatic weapons and studied plans of the mosques he intended to attack.

“The sole purpose of this preparation was to kill as many people at each mosque as efficiently and as systematically as you could,” he added.

Before he imposed the jail term, Mander read aloud, at length, moving descriptions of most of Tarrant’s victims and recounted remarks their families had told him. Twice, the judge paused briefly to blow his nose and compose himself.

“Their loss is unbearable,” he said, of one family. In remarks about another victim, he said: “Your actions have destroyed that family as they have so many other families.” Some in the public gallery wept as the judge mentioned their murdered relatives.

Of Mucaad Ibrahim, 3, who was deliberately executed by the gunman, Mander said: “No parents can recover from the murder of such a small child.”

The sentence came after the court heard three days of emotional victim impact statements during which more than 90 of those bereaved or wounded in the attacks addressed the court. Many asked Mander to bar the gunman from ever walking free from jail.

The Australian man broadcast part of the massacre live on Facebook and published an extremist manifesto online detailing his anti-Islamic views. In March this year, he had abruptly pleaded guilty to the charges he faced – 51 counts of murder, one of attempted murder, and a terrorism charge – and there were fears he would use the hearing to decide his sentence as a platform for his extremist ideology.

Before the sentence was pronounced, the prosecutor and the terrorist – who had represented himself at the hearings after firing his lawyers in July – gave their views on what the sentence should be.

Mark Zarifeh, the lead prosecutor in the case, said that no minimum term of imprisonment was enough for the gunman, “given the gravity of the offending and the devastating loss of life and injury”.

“The enormity of the offending in this case is without comparison in New Zealand’s criminal history,” he said, adding that there could be “no doubt” that the gunman was “clearly New Zealand’s worst murderer”.

Tarrant’s murders had been extensively planned, the prosecutor said. Zarifeh urged the judge to consider the vulnerability of the victims and the gunman’s “calculated and militaristic determination” in carrying out his plan.

Many of those shot “were on their knees at prayer with their backs to the offender,” he added. “They were clearly vulnerable to the spontaneous infliction of violence.”

Zarifeh added that the term was necessary to deter others. Many of the 220 victim impact statements provided to the court – dozens of which were read aloud to the judge this week – reflected the “real fear” of similar attacks in future.

The prosecutor also spoke about what is known of Tarrant’s mental state and motivations, referring to the psychological reports that were commissioned last year to ensure the gunman was fit to plead to the charges. Those reports noted that the gunman showed no remorse, no concern for those affected, and spoke in a matter-of-fact manner about his crimes, the prosecutor said.

The gunman listened intently to the prosecutor without displaying a response. He has occasionally, on previous days, acknowledged his victims.

A stand-by lawyer had been provided to the court should Tarrant want to use them, and on Thursday he did. In a single sentence, Philip Hall, the lawyer, said he had received one instruction from the gunman: that he did “not oppose the application that he should be sentenced to the term of life without parole”. Hall took his seat.

“Wow,” said one of the gunman’s victims in the public gallery.

Mander addressed the gunman directly. Did Tarrant wish to say anything?

Throughout the morning, dozens of members of the public began to gather at the blockade in front of the courthouse. Many held signs depicting large, red hearts, or reading: “We are one.”