400,000 without power in Louisiana amid Hurricane Laura 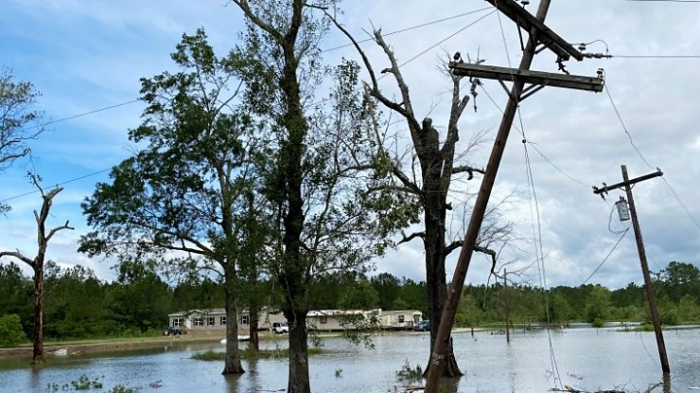 Residents in coastal areas of Louisiana in the US face the prospect of weeks without power or water as the clean-up begins following the devastating impact of Hurricane Laura, AzVision.az reports citing BBC News.

Governor John Bel Edwards says the devastation and damage stretch all the way to northern parts of Louisiana.

Fourteen people were killed by the storm - 10 in Louisiana, four in Texas.

In Haiti, which was earlier badly hit by storms Marco and Laura, at least 31 people are now reported to have died.

President Donald Trump is visiting affected areas in Louisiana and Texas on Saturday.

The White House has declared a major disaster in several parishes in Louisiana - which will mean federal funds can be sent to the hardest-hit areas urgently.

"Assistance can include grants for temporary housing and home repairs, low-cost loans to cover uninsured property losses, and other programs to help individuals and business owners recover from the effects of the disaster," a White House statement said.

The Louisiana governor has called Laura "the strongest storm to ever hit Louisiana". It was a category-four hurricane at the time it hit.