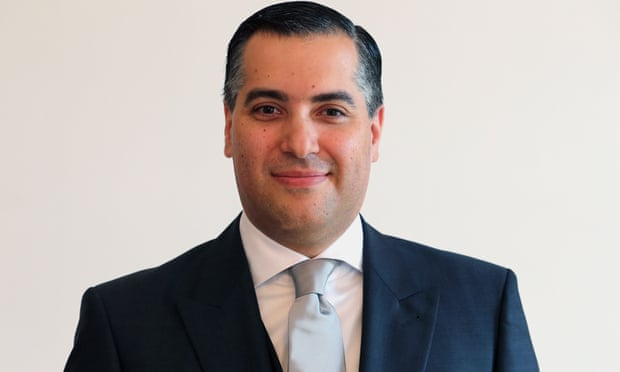 Lebanon’s ambassador to Germany could become the crisis-stricken country’s next prime minister after getting the support of senior Sunni politicians, AzVision.az reports citing the Guardian.

Mustapha Adib was named by four former prime ministers on the eve of binding consultations between the president and parliamentary blocs on their choice for the post.

The announcement on Sunday came a day before French president Emmanuel Macron was due to arrive for a two day-visit, during which he is expected to press Lebanese officials to formulate a new political pact to lift the country out of its multiple crises, political stalemates, and entrenched corruption and mismanagement.

It is Macron’s second visit to the former French protectorate in less than a month. The first came days after the devastating blast of 4 August in the port of Beirut that killed 190 people, wounded 6,000 and damaged large swathes of the capital.

The government resigned less than a week after the blast.

Earlier on Sunday, Hassan Nasrallah, the head of the powerful Hezbollah group, said his Shia organisation would cooperate and facilitate the formation of a government that could improve economic conditions and undertake major reforms. Hezbollah and its allies backed the outgoing government.

Adib is the only name to emerge so far as a favourite for the post of prime minister, who according to Lebanon’s sectarian-based power sharing system has to be a Sunni Muslim. The candidate who gets the most support is asked to form the new cabinet but Lebanon’s divided political class has often been bogged down over who holds senior political posts.

“The target of political and national action at this stage must be to save Lebanon from what it is suffering from,” said Fouad Siniora, a former prime minister, reading a joint statement.

The Iran-backed militant group Hezbollah, which has a dominant role in Lebanon’s politics, has come under intense criticism and public scrutiny as the country faces multiple devastating crises.

An unprecedented economic crisis has already cost the Lebanese currency more than 80% of its value, driving unemployment, poverty and inflation through the roof.

Coronavirus infections and deaths have also spiked, causing concerns and pushing authorities to reintroduce some restrictions on economic and social activities that have largely been ignored amid the slump. And the recent explosion badly damaged the port of Beirut, a main trade channel for the small country dependent on imports.

Feeling the pressure, Nasrallah promised Hezbollah would cooperate to avoid a political vacuum. “Whether in naming a prime minister or forming a government, we will be cooperative and facilitate getting the country out of a vacuum,” he said in a speech on Sunday.

Nasrallah said his group is also open to calls from France for a new political contract in Lebanon, on condition that all Lebanese factions are on board.

On Sunday, the United Nations economic and social commission for western Asia (ESCWA) said more than half of Lebanon was at risk of failing to access basic food needs by the end of 2020, amid an average annual inflation rate expected to reach 50% compared with 2.9% in 2019.

ESCWA said the average price of food had increased 141% between July 2019 and 2020, and that it expected the Beirut explosion to further drive up basic food prices.

Prime minister Hassan Diab’s government, backed by Hezbollah and its allies, resigned on 10 August, six days after nearly 3,000 tonnes of ammonium nitrate exploded in Beirut’s port, where it had been stored for six years.

Adib, who has been Lebanon’s ambassador to Germany since 2013, served as an adviser to one of Lebanon’s former prime ministers, Najib Mikati. He took part in the committee in charge of writing Lebanon’s new electoral law in 2005 and 2006, and acted as his chief of cabinet in 2011.

Adib, 48 and a native of the northern city of Tripoli, holds a PhD in law and political sciences and had taught in universities in Lebanon and France.