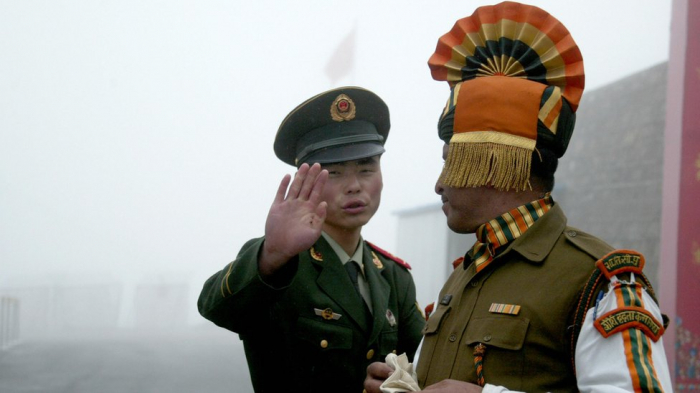 It said Chinese troops carried out "provocative military movements" to change the status quo in Ladakh.

At least 20 Indian soldiers died in clashes with Chinese troops in the region in June. China has not said if its soldiers also died.

The two nuclear powers accused each other of crossing the poorly demarcated border and provoking the fight.

China is yet to respond to India's latest allegations, which come after several rounds of peace talks between the two sides since June.

Delhi said that Indian troops "pre-empted" Chinese activity on "the Southern Bank of Pangong Tso Lake" on the night of 29 August.

"We undertook measures to strengthen our positions and thwart Chinese intentions to unilaterally change facts on ground," a statement from the Indian government said.

Media reports said troops clashed on ridges at a height of nearly 4,300m (14,000ft) on steep terrain, with some Indian soldiers falling into the fast-flowing Galwan river in sub-zero temperatures.

At least 76 Indian soldiers were reportedly injured in addition to the 20 dead. China has not released any information about casualties on its side.

The fighting took place without any firearms because of a 1996 agreement barring guns and explosives from the area.