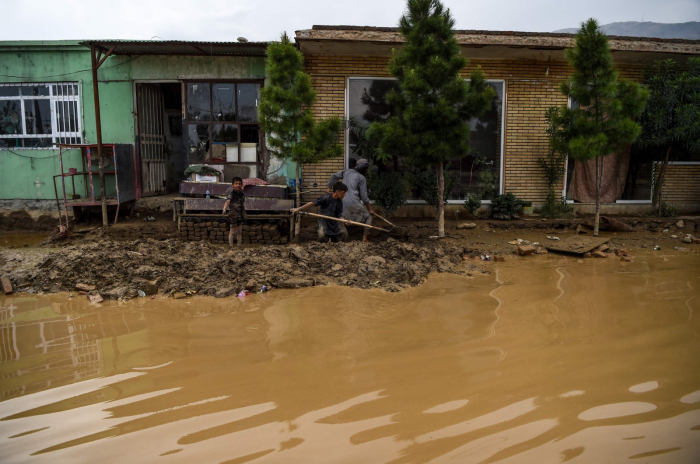 The death toll from a week of heavy flooding in northern and eastern Afghanistan rose to at least 190 on Tuesday, an official said, with scores more injured as rescue crews search for those missing under the mud and rubble of collapsed houses, AzVision.az reports citing AP.

Heavy rains, compounded by mudslides, often threaten remote areas of the war-torn nation, where infrastructure is poor. Summer often brings heavy rainfall and flooding to the country’s north and east.

State minister for disaster management Ghulam Bahawudin Jilani told reporters on Tuesday that more than 170 people have been reported injured so far while at least 12 are still missing. Last Thursday, the death toll stood at 150 but rose as more bodies were uncovered. Jilani said he feared the final death toll would be even higher.

"Our rescue teams are removing rubble at the sites and looking for more possible dead bodies," he said, adding concerns that this was not the final death toll.

The most heavily affected by the flooding was the city of Charikar in northern Parwan province, a popular vacation destination for many Afghans, where the floods started last Tuesday.

Powerful floodwaters in the mountainous province dislocated thousands of large rocks that caused major injuries and destroyed entire homes, burying people under the rubble. Several excavators reached the area and were digging for those stuck beneath the rubble.

According to Rahmatullah Haidari, deputy spokesman for the provincial governor, Parwan has had 121 dead and 136 others injured so far.

Jilani said that overall, around 1,055 houses have been competently destroyed and close to 3,000 others were partially damaged. Afghan officials with the state ministry for disaster management said ground and air support are helping those trapped by the flooding in the provinces.