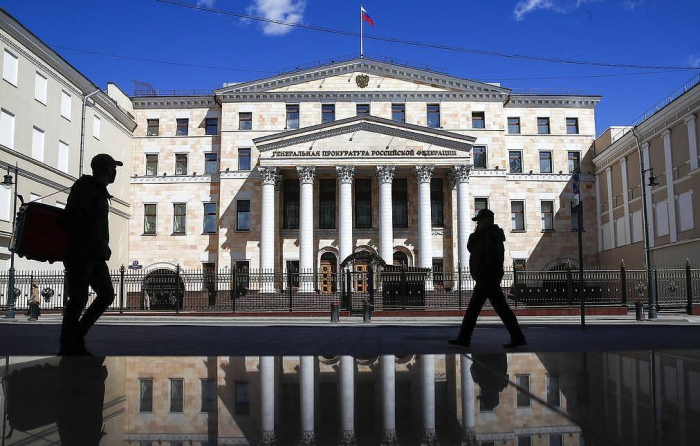 Russia’s Prosecutor-General’s Office asked to answer nearly 20 questions on his treatment, diagnosis and results of tests.

Russia’s Prosecutor-General’s Office in its request on Germany’s legal assistance regarding blogger Alexei Navalny’s hospitalization asked to answer nearly 20 questions on his treatment, diagnosis and results of tests and also to provide biomaterial for comparative study, RBC newspaper wrote.

On August 27, reports said that the Russian Prosecutor-General’s Office had sent a request on Germany’s legal assistance after checks carried out by the Russian Interior Ministry. The prosecutors requested a preliminary diagnosis from the German clinic as well as medical documents and research by German specialists both during Navalny’s transportation from Russia to Germany and his stay in the Berlin clinic Charite. The document includes a request from the Interior Ministry’s transport department in the Siberian Federal District.

"We request to collect Navalny’s biomaterial for comparative study (blood, urine, saliva, hair, profiles of nail plate and buccal epithelium)," the request published by RBC said. Besides, the Russian side also asked to provide copies of judicial and medical tests and other research as well as copies of the patient’s medical record.

According to the document, Russia’s law enforcement agencies asked to question Navalny’s doctors and clarify his diagnosis upon admission to the clinic and explain the current diagnosis. They also asked to provide data on the biological samples taken from Navalny and the tests’ results.

Earlier reports said that Russia launched pre-investigation checks on Navalny’s hospitalization on August 20 but no data was found to confirm any deliberate criminal acts against the blogger.

Alexei Navalny was hospitalized in Omsk on August 20 after his health deteriorated rapidly during his flight from Tomsk to Moscow. He was in a coma and was put on a ventilator. Later he was airlifted to Charite clinic in Germany. The doctors reported that traces of an unknown substance from the cholinesterase inhibitors group had been discovered in his body; however, the exact substance remains unknown. Currently, the symptoms of Navalny’s intoxication are disappearing.