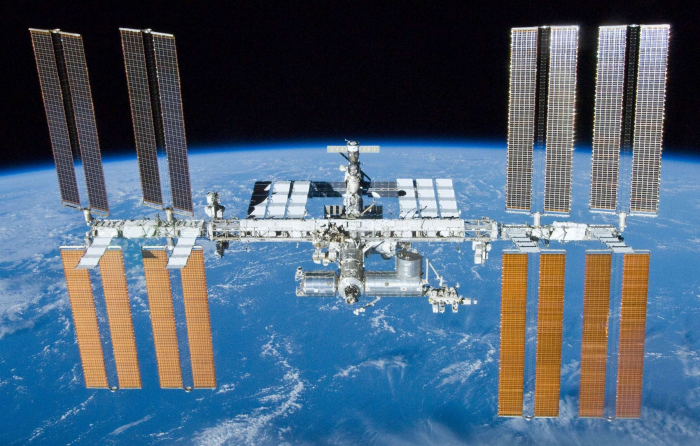 A tiny bit of air always leaks from the International Space Station but not quite as much as is leaking now.

Officials first noticed a leak last September, but they didn't do anything about it for nearly a year, since the leak wasn't major. Plus, station operations like space walks and crew exchanges kept crew members too busy to collect enough data about the issue.

Recently, however, technicians detected an increase to the already elevated leak rate. So NASA announced on August 20 that the three men aboard the station – NASA astronaut Chris Cassidy and Roscosmos cosmonauts Anatoly Ivanishin and Ivan Vagner – would begin a hunt for the source.

Indeed, Huot said on Tuesday that technical teams were still reviewing the data collected by the crew. They have now ruled out most of the station's modules, Huot added, and should complete their review "in the coming days."

If specialists still can't pinpoint the leak after that, he said, they will need a new action plan.

'No concern for crew or vehicle safety'
Usually, the little bit of air that the space station loses can be replaced by launching large highly pressurised tanks filled with nitrogen and oxygen up on resupply missions. But such tanks might not be able to replace air quickly enough if this small leak were to become major.

So on the weekend of August 22 and 23, the three crew members hunkered down in the space station's Zvezda service module, the section that provides its life-support systems, and closed the hatches between each of the other modules.

From there, the crew members and teams on the ground monitored the air pressure in each section to figure out which is leaking.

NASA originally thought US and Russian specialists would find the leak by the end of last week, though that didn't happen. The teams decided to spend an extra few days collecting data from the hatches after the initial weekend of monitoring, Huot said.

Still, he added, the leak is too small to be a threat to the crew or the station right now.

"The leak rate is still stable and well below the design specifications for the station and presents no concern for crew or vehicle safety," Huot said.

In the event of an emergency on the space station, the crew members could return to Earth via the Soyuz MS-16 spaceship that's docked there. In a less extreme scenario, the crew could also cut off the leaking module and isolate it.

The space station has sprung a leak before
This isn't the first leak on the station, nor the most frightening. In August 2018, crew members discovered a 2-millimetre drill hole in part of a Russian Soyuz MS-09 spaceship that was docked to the station at the time.

That hole seemed to indicate a manufacturing defect – it appeared that someone on Earth had attempted to plug the hole with paint, but that paint broke off after the Soyuz reached the space station.

In December 2018, two cosmonauts donned spacesuits and floated to the outside of the Soyuz ship to study the hole in detail. They spent nearly eight hours hacking away at the insulation with a knife to find and document it.

After that, the space-station crew successfully patched up the hole with an epoxy sealant.

Roscosmos has stayed relatively quiet about that incident.

"We know exactly what happened, but we will not tell you anything," Roscosmos head Dmitry Rogozin said at a youth science conference in September 2019, according to the Russian state news agency Ria Novosti.

Keith Cowing, the editor of the site NASA Watch, told the Houston Chronicle that he thought Roscosmos' secrecy stemmed from embarrassment.

But even that leak wasn't a major issue, he added.

"Nothing is perfect. All you can do is strive not to have anything happen," Cowing told the Chronicle. "The problem was found, it was remedied, it was fixed in short order, and no one's life was at risk."