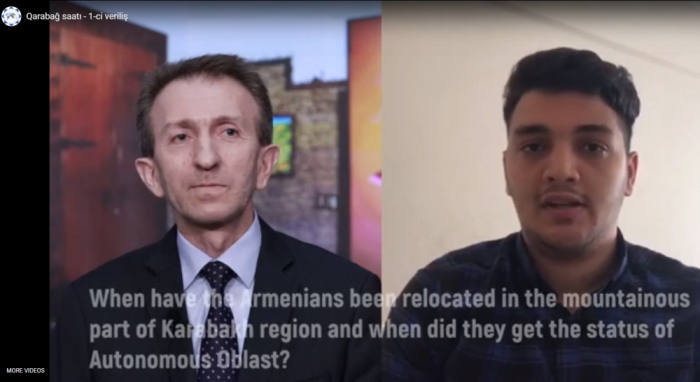 The first edition of the “Karabakh hour” TV project, launched by the State Committee on Work with Diaspora of Azerbaijan to raise the international community’s and especially world Azerbaijanis’ awareness of Karabakh realities, has been broadcasted.

The program highlighted the purpose of the establishment of the Nagorno-Karabakh Autonomous Oblast. It also featured a Q&A session with the Azerbaijani youth living abroad.

The project is jointly implemented with the Karabakh Research Center under the Academy of Public Administration under the President of the Republic of Azerbaijan, with the information support of the Center.

The "Karabakh hour" TV program will be broadcast on Diaspora TV, social media resources of the State Committee and YouTube channel of the “Karabakh is Azerbaijan!” national platform. The presenter of the program is doctor of political sciences Elchin Ahmadov.