How to enjoy the Northern lights this weekend - iWONDER 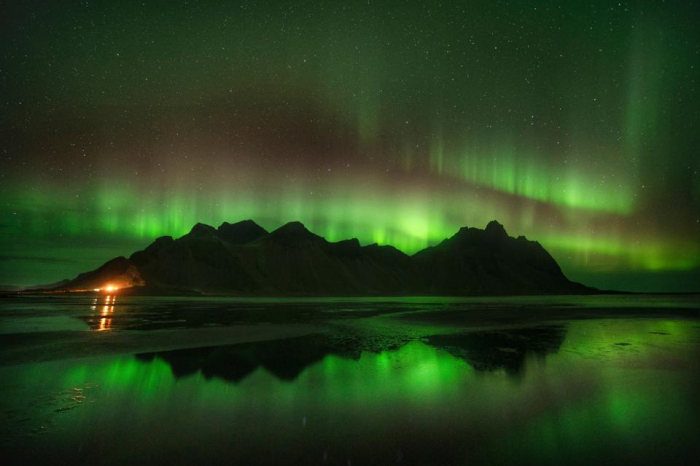 Have you ever seen the aurora borealis? For majority of us, the coming aurora season in the northern hemisphere is likely to be one witnessed largely by resident populations of the “aurora zone” in Alaska, northern Canada, Iceland, northern Norway, Finland, Sweden and northern Russia.

However, some innovative use of Instagram is making it a phenomenon that can be enjoyed virtually.

This weekend four “aurora hunters” will take virtual visitors on Instagram on their own expeditions into the wilderness of northern Finland, Norway and Sweden as they search for clear skies and wait for the aurora to appear.

Organized by This Is Arctic and Visit Arctic Europe II, the four aurora hunters—Harri Tarvainen in Oulu, northern Finland, Steffen Fossbakk in Senja, Norway, Magnus Winbjork in Gallivare, Swedish Lapland and Per Lundström in Luleå, Swedish Lapland—will take turns to broadcast their progress on Instagram Live, stories and feeds.

For exact times check This is Arctic on Instagram , which will broadcast a feed from whichever hunter is successful. It begins this Friday, September 11, 2020.

“I can’t think a phenomenon more magical than the Northern Lights,” said Tarvainen. “I’ve seen her dance when there shouldn’t have been any activity and I’ve seen only pitch-black skies when I thought it was 100% active. Northern Lights are something you cannot control —that’s why seeing them feels like a gift from above!”

“A strong aurora show gives you a real cocktail of emotions. Respect, awe, joy and gratitude.”

It might also be worth keeping a eye on this live nature cam network Explore’s live feed from Churchill, Canada.

They’re caused by charged particles from the Sun being captured and accelerated by Earth’s magnetosphere to interact with atoms in the upper atmosphere.

When is ‘aurora season?’
Although they’re continually active, the “aurora season” in the northern hemisphere is usually thought of being from September through April simply because that’s when it gets properly dark at night.

The original article published on Forbes