Republishing Prophet Muhammad's cartoons is not about free speech 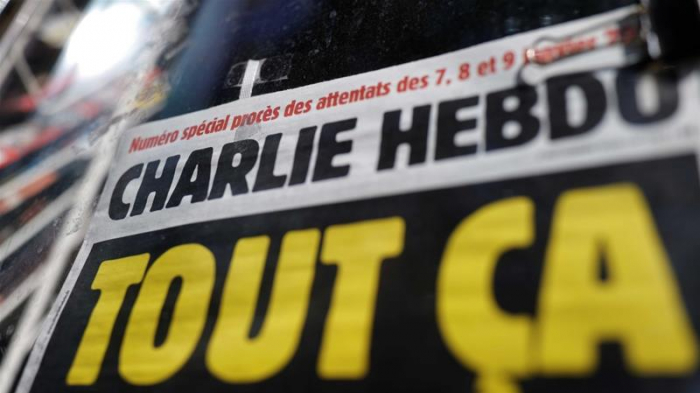 French satirical magazine Charlie Hebdo is at it, again: it has chosen to republish the derogatory cartoons of Prophet Muhammad which provoked a violent attack against it in 2015. The editors say it is "essential" to reprint these on the eve of the trial of the perpetrators of that violence.

A decade earlier, in 2005, the Danish newspaper Morgenavisen Jyllands-Posten also published a dozen defamatory cartoons of the prophet which it then republished three years later.

It was the printing of these cartoons that ultimately provoked some Muslims to resort to violence and, as is customary, it was their backlash that became the nub of the "cartoon controversy".

The original affront to Muslim religious sensibilities was swallowed up by assertions of the cartoonists' right to free speech and to engage in humour. In fact, in most critics' views, it was not just the cartoonists who were victimised by "Islamic rage," but also the principle of free speech itself.

However, it should be possible to condemn violence by Muslims without giving a free pass to those who defame and vilify their religion, their prophet and their scripture. Yet, this rarely happens.

Instead, the Muslim-baiting intelligentsia relies on precisely its own vilifications to incite the violence which it then feigns to be horrified and surprised by. I say feigns because, by now, pretty much everyone knows that, goaded to a point, some Muslims will respond violently to caricatures of their prophet as a terrorist, among other things. I also say feigns because provocateurs require such a response to anathematise all Muslims as a threat to European identities and values.

If it is easy enough to understand why some Muslims respond violently to derogatory tropes about Islam, the prophet and the Quran, what does it say about those who compulsively keep recycling these? I have speculated about this need at length elsewhere but will make only some brief points here.

First, it is difficult to see how anyone - not only a Muslim - could find a cartoon of the prophet as a terrorist/suicide bomber amusing without also treating terrorism itself lightly. After all, how many of us can laugh at a cartoon of a suicide bomber, irrespective of who that person is supposed to be? As for the purported irony of such representations of the prophet, what is satirical about these, when Muslims are already viewed as born terrorists-in-the-making?

Second, European vilifications of the prophet and Islam have a much older pedigree than free speech and have nothing to do with humour. To be precise, they have their roots in medieval Europe and the changing self-conceptions of Christians over a millennium.

For instance, Tomaz Mastnak, a historian of the Crusades, argues that it was in the mid-ninth century when Western unity began to express itself as Christendom, that Muslims also came to be seen as the "normative enemies" of Christianity. Until then, they had been viewed as just another pagan group and generally ignored - even the Muslim conquest of southern Spain did not make it into leading chronicles.

Over time though, Europe's Christians came to see in Islam not just a "sinister conspiracy against Christianity [but] that total negation of [it] ... which would mark the contrivances of Antichrist". This is how Robert Southern describes it in his book Western Views of Islam in the Middle Ages and he attributes this suspicion to the "strong desire not to know [Islam] for fear of contamination".

Instead, he says, even the Christians who lived in "the middle of Islam" (Muslim-ruled Andalusia) looked to the Bible to explain it, which is how they came to consider it the Antichrist. In short, according to Southern, it was ignorance and the fear of contamination that made "the existence of Islam the most far-reaching problem in medieval Christendom".

Given this history, it is not surprising that medieval Christians would also portray the prophet as a heathen idol, the devil, Mahound (as in Salam Rushdie's Satanic Verses), an imposter, and the Antichrist. He appears in such guises from the Crusades to the Reformation, with his representation as a religious imposter, reaching its literary apotheosis in Italian poet Dante Alighieri's Divine Comedy, in which he is confined to the eighth circle of hell.

Two centuries later, he reappears as an Antichrist in the work of German reformist Martin Luther, who of course, believed the pope and the Catholic Church were much worse. A century later, Dutch jurist Hugo Grotius, lauded as the father of international law, was still calling him "a robber" and declaring that, in contrast to the Christians, who "were men who feared God, and led innocent lives … they who first embraced Mahometanism were robbers, and men void of humanity and piety".

With the coming of the Enlightenment, the prophet's critics also began assailing him in secular language, as the "worst type of … fanatic" (French writer Voltaire) and "the greatest enemy of reason who ever lived" (German philosopher Immanuel Kant).

Such depictions did not, however, portend a change in his representation as the antithesis of European civilisation. If he was no longer called an Antichrist, in European minds, he was still thought to be outside reason and rationality. This is why I see the cartoons of the prophet as a terrorist to be just a secularisation of the figure of the Antichrist.

Both images serve, equally powerfully, to locate him and, by extension, Islam and Muslims as Europe's natural enemies. This is why reducing the cartoons to just an issue of free speech obscures their historical and ideological genealogy.

Lastly, (free) speech is conducive not only to critique, humour, honesty, and dissent but also to assertions of dominance and enactments of power. Though power is enacted differently, its exercise is "inseparable from its display", as American writer Saidiya Hartman argues in her book Terror, Slavery, and Self-Making in Nineteenth-Century America.

In the context of slavery in North America, for instance, being able to represent power was "essential to reproducing domination". As an example, Hartman notes that a slave-holder's "display of mastery [over a slave] was just as important as the legal title to slave property". This display usually involved demonstrating the slave holder's "dominion and the captive's abasement," publicly. It also took the less obtrusive form of organising "innocent amusements and spectacles of mastery" as a way for the dominant classes "to establish their dominion" over the enslaved and dominated.

Borrowing from Hartman, I want to suggest that, today, some Westerners seek to demonstrate and reproduce their dominion over Muslims by caricaturing and maligning our sacred symbols at will. They are thus able to achieve epistemically what they cannot physically or legally. Even if this displacement from the physical to the psychological signifies the limits of Western power, speech is integral to its display. This is why derogatory caricatures of the prophet function as spectacles of mastery and as an ideological means to bolster intra-Western unity against Muslims.

It is as much to such enactments of mastery as it is to the content of specific attacks that Muslims like myself react angrily, and what we condemn is not the idea that people should be free to speak but the use of speech to dominate and degrade the already marginal or vulnerable. Defending domination in the name of freedom just confirms that not all conceptions of freedom are equally worth defending.

Asma Barlas is a retired professor of politics in New York.