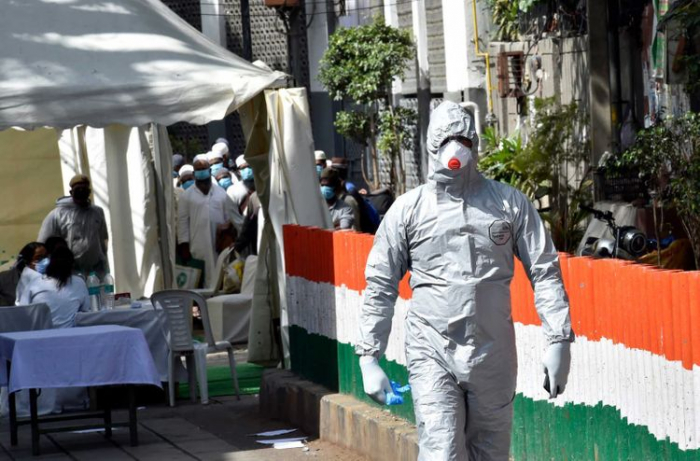 On day one of the session, at least 25 parliamentarians tested positive for the virus during mandatory testing for MPs.

The session on Monday is the session being held amid the pandemic.

“All safety measures have been taken to conduct the session as per guidelines issued for COVID-19,” a government statement said. The session is set to end on Oct. 1.

On Monday morning, Health Ministry figures showed that 92,071 new cases were reported in the country over the last 24 hours, bringing total COVID-19 cases to 4.8 million. With 1,136 new deaths, the death toll reached 79,722.

Health Minister Harsh Vardhan told parliamentarians that about 92% of the cases in India are reported to be mild. He said a lockdown imposed by the government prevented over 2.9 million cases and 78,000 deaths.

The government also told parliament that no data is available about how many migrant workers died due to the nationwide lockdown to stem the virus’ spread.

While the total cases now have reached 4.8 million, a survey published in a medical journal estimated that the country had 6.4 million infections three months ago.

Experts in the country said by the end of September India may even surpass the US – the worst-affected country worldwide – in the severity of the pandemic.

The coronavirus has affected the country’s economy, which contracted by nearly a quarter from April to June, when the country went into complete lockdown to curb the spread of the novel coronavirus.

S&P Global Ratings on Monday slashed the country's growth forecast for India to -9 from its earlier estimated -5 in the current fiscal year.

"One factor holding back private economic activity is the continued escalation of the COVID-19," said Vishrut Rana, Asia-Pacific economist for S&P Global Ratings, in a statement.