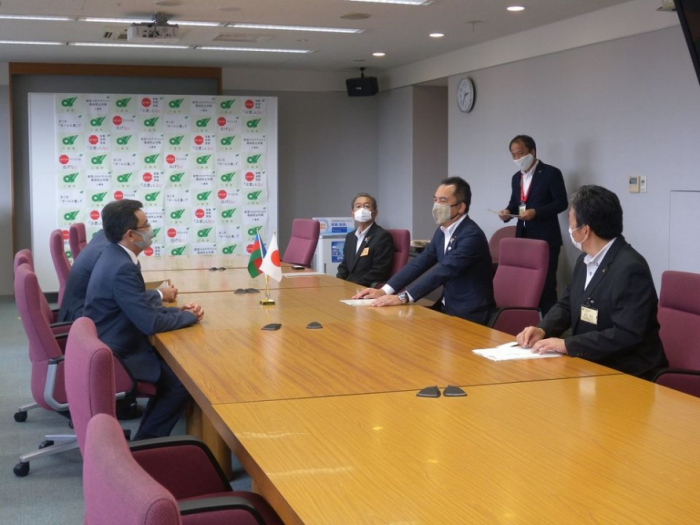 Azerbaijan’s Ambassador to Japan Gursel Ismayilzade has met with Governor of Japanese Mie Prefecture Eikei Suzuki to discuss prospects for cooperation between the regions of Azerbaijan and Japan, AzVision.az reports citing AzerTag.

Ambassador Ismayilzade highlighted the current economic situation and the large-scale reforms carried out in Azerbaijan. He also emphasized the successful domestic and foreign policy pursued by the country, as well as the achievements gained under President Ilham Aliyev’s leadership.

Recalling the signing of a strategic cooperation agreement between the Japanese company “HIS Co.Ltd” and Mie Prefecture in October 2019, Eikei Suzuki expressed confidence that the processing of a number of foodstuff produced in Mie Prefecture in Azerbaijan and their export to the world market would contribute to the strengthening of cooperation between the two countries.

Commending the involvement of Mie Prefecture in expanding collaboration with Azerbaijan in the non-energy sector, Suzuki expressed his hope that the project would cover a wider area.