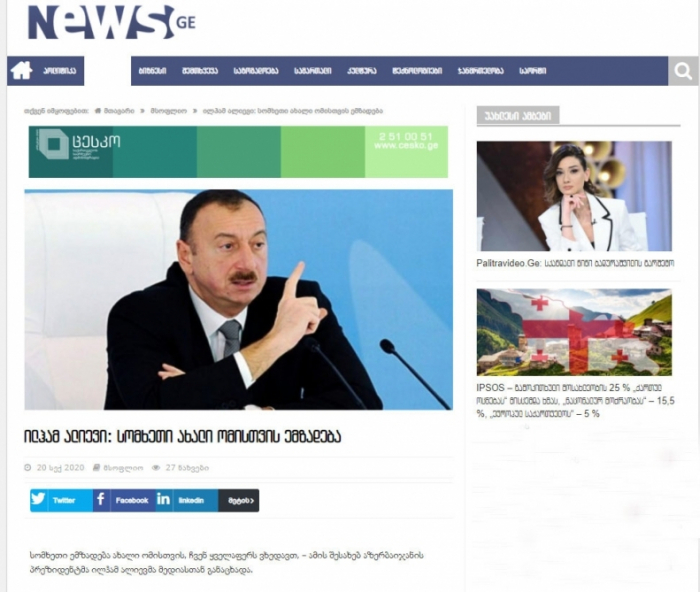 The foreign media primarily drew the audience's attention to the Azerbaijani President's statements on the heinous policy of the Armenian leadership and its provocations.

The articles quoted President Ilham Aliyev's statements on Armenia's aggressive policy against Azerbaijan, illegal settlement of Armenia in the occupied territories, violation of the negotiations on the settlement of the conflict, and other issues.