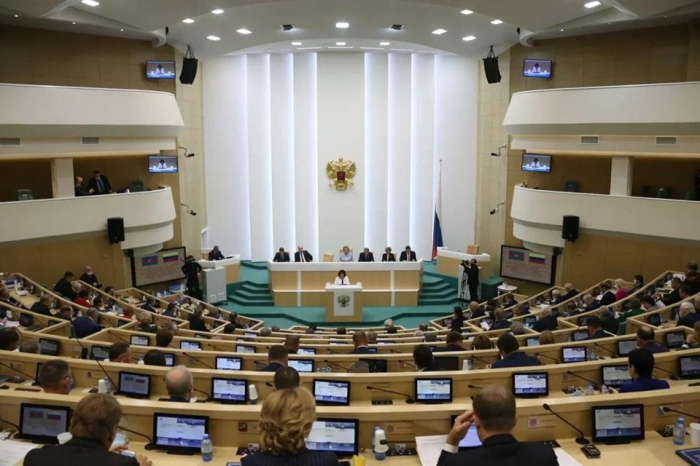 Speaker of Milli Majlis Sahiba Gafarova, who is on official visit to Russia made a speech at Federal Assembly of the Russian Federation on September 23. During her speech, Sahiba Gafarova spoke of Armenia's unconstructive position on the Nagorno-Karabakh conflict and Armenian provocation on Azerbaijani-Armenian border, AzVision.az reports.

Speaker of Milli Majlis Sahiba Gafarova said that although the Security Council of the United Nations adopted four resolutions on the immediate and unconditional withdrawal of Armenian armed forces from the occupied territories of Azerbaijan in 1993, Armenia still ignores these resolutions violating ceasefire continuously.

Speaker reminded that the recent provocation by Armenia was committed not in Karabakh, but on the Azerbaijani-Armenian border.

"On July 12, Armenia fired at civilian settlements in Tovuz direction. As a result of the provocation, Azerbaijani servicemen and civilians were killed and injured. All these actions are serious violation of the international humanitarian law, Geneva Convention of August 12, 1949 and additional protocols of 8 June 1977. The illegal settlement of Syrian and Lebanese refugees in Nagorno-Karabakh by Armenia is of particular concern," Gafarova noted.