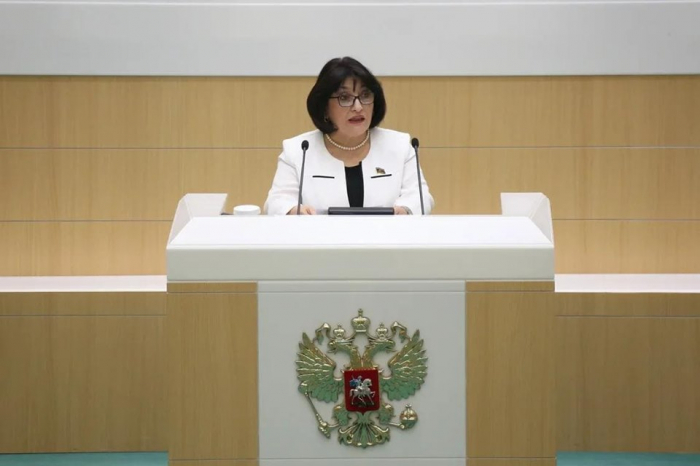 Azerbaijan remains committed to peaceful diplomatic efforts to resolve the Armenia-Azerbaijan Nagorno-Karabakh conflict based on the recognized norms and principles of international law, first of all, the territorial integrity of states and inviolability of borders, said Speaker of the Azerbaijani Parliament Sahiba Gafarova.

The speaker made the remarks Wednesday at a plenary session of the Federation Council of the Federal Assembly of the Russian Federation, AzVision.az reports.

She noted that Azerbaijan’s efforts to resolve the problem by peaceful means are thwarted by the unconstructive policy of the Armenian government, which prefers various provocations and military rhetoric. “For example, how can we assess the threats to strike at civilian objects of Azerbaijan?”

Gafarova emphasized that Azerbaijan has never claimed the lands of other countries.

“The people of Azerbaijan will never allow the establishment of a second Armenian state in their historical lands,” she added.