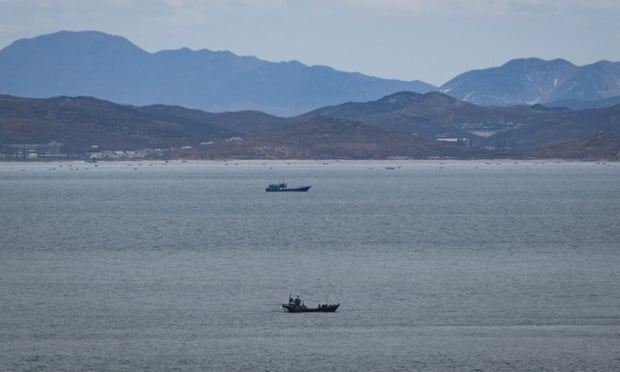 South Korea has condemned as “an act of brutality” the death of an official who it claims was shot by North Korean soldiers near the countries’ maritime border, and called for those responsible to be punished, the Guardian reports.

The defence ministry in Seoul said the 47-year-old oceans and fisheries ministry official had been killed and his corpse burned after disappearing from an inspection boat in waters off the western border island of Yeonpyeong on Monday.

“North Korea found the man in its waters and committed an act of brutality by shooting at him and burning his body, according to our military’s thorough analysis of diverse intelligence,” the ministry said in a statement.

“Our military strongly condemns such a brutal act and strongly urges the North to provide an explanation and punish those responsible. We also sternly warn North Korea that all responsibilities for this incident lie with it.”

If the reports are accurate, the death would be the first of a South Korean citizen in the North since 2008, when North Korean soldier shot a 53-year-old woman who had reportedly wandered into a restricted zone during a visit to the jointly run Mount Kumgang resort.

South Korean media reports said the official, who has not been named, went missing from the inspection vessel about 10km south of the de facto maritime boundary between North and South Korea while investigating claims of unauthorised fishing.

Colleagues noticed the man, who reports said ended up in North Korean waters, was absent from lunch and found only his shoes on the vessel, sparking a search involving ships and aircraft, Yonhap said.

It is not immediately clear how South Korean intelligence services were able to confirm the details surrounding the official’s appearance given recent disruption to channels of communication with Pyongyang.

In June, North Korea severed inter-Korean hotlines – an important point of contact between the two governments – and blew up an inter-Korean liaison office in a row over plans by activists in the South to send propaganda leaflets critical of the North Korean regime over the border.

Yonhap cited intelligence sources as saying that the official had been questioned by North Korean soldiers while attempting to defect and that he had been shot on the orders of a senior official. It reported that his corpse had been doused in oil and set alight.

It is not clear why he was shot, but Yonhap news agency quoted sources as saying that North Korean troops may have been acting under anti-coronavirus orders.

US Forces Korea commander Robert Abrams said this month North Korean authorities had issued shoot-to-kill orders to prevent the coronavirus from entering the country from China, creating a “buffer zone” in the border with special forces soldiers ready to kill.

In July, a man who had defected to South Korea three years ago triggered a coronavirus scare when he crossed back over the heavily armed border into North Korea.

The Yellow Sea, located west of the Korean peninsula, has been a source of tension between the neighbours, who are still technically at war after the 1950-53 Korean war ended in a truce but not a peace agreement.

In November 2010, the North shelled Yeonpyeong island, killing four people and prompting retaliation by the South in one of the worst clashes since the end of the Korean war.

Earlier that year, 46 South Korean sailors died when their vessel, the Cheonan, was struck by a North Korean torpedo off the coast of nearby Baengnyeong island.