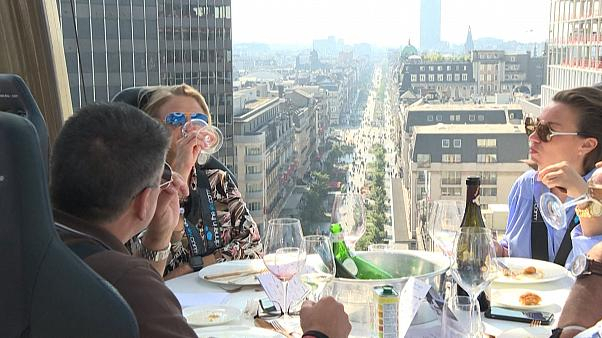 'Dinner in the Sky' is a culinary experience that can be savored 164 feet above Belgian soil.

The diners are tied to their seats and to a table, and then suspended above the ground using a crane.

Responding to the rules of social distancing recommended by the health authorities, the ephemeral restaurant hosts eight round tables distributed around a central kitchen four metres long. Three metres separate each table and more than a metre's distance between each guest

The gastronomic platform will rest its crane on the emblematic square in central Brussels until October 2.