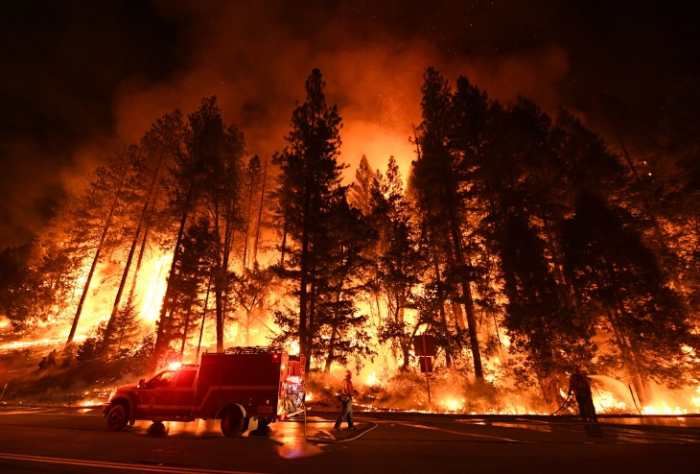 Climate change is driving the scale and impact of recent wildfires that have raged in California, say scientists, AzVision.az reports citing BBC News.

Their analysis finds an "unequivocal and pervasive" role for global heating in boosting the conditions for fire.

California now has greater exposure to fire risks than before humans started altering the climate, the authors say.

Land management issues, touted by President Donald Trump as a key cause, can't by themselves explain the recent infernos.

The worst wildfires in 18 years have raged across California since August.

They have been responsible for more than 30 deaths and driven thousands of people from their homes.

The cause of the fires have become a political football, with California Governor Gavin Newsom blaming climate change for the conflagrations.

President Trump, on the other hand, has dismissed this argument, instead pointing to land management practices as the key driver.

Now, a review of scientific research into the reasons for these fires suggests rising temperatures are playing a major role.

Earlier this year, the same research team published a review of the origins of Australia's dramatic fires that raged in the 2019-2020 season.

That study showed that climate change was behind an increase in the frequency and severity of fire weather - defined as periods of time with a higher risk of fire due to a combination of high temperatures, low humidity, low rainfall and high winds.

The new review covers more than 100 studies published since 2013, and shows that extreme fires occur when natural variability in the climate is superimposed on increasingly warm and dry background conditions resulting from global warming.