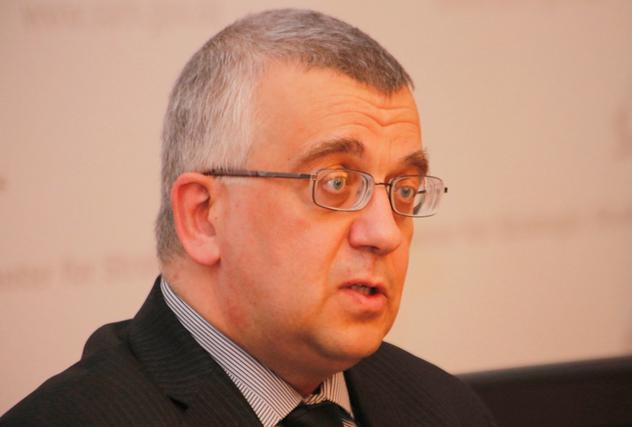 Azerbaijan is forced to wage a war on its territory and for its territorial integrity, its war is fair and correct, said Russian political analyst Oleg Kuznetsov.

“The rocket and artillery strike of the Armenian army on the civilian population of Azerbaijan on Sunday, willingly or unwittingly, reminds me of almost the same day on June 22, 1941, when the troops of Nazi Germany - just as treacherously, without a declaration of war and on a day off - attacked the Soviet Union,” he said.

Kuznetsov noted that nothing else can be expected from the followers [Armenians] of the ideological Nazi Garegin Nzhdeh.

“As history shows, Nazism and fascism, no matter what national basis they formed and developed, always and everywhere follow the path of hatred, aggression and war. Everything that happened on Sunday, September 28, 2020, sooner or later had to happen, because this is a natural expression of the essence of the openly Nazi regime, which was created and exists for years in modern Armenia.”

“I hope that it [this war] will enter the newest history of this country [Azerbaijan] under the name of "Liberation" or even "Patriotic" and become victorious, like all such wars in world history. I wish the Azerbaijani soldiers victory and the Azerbaijani people courage,” Kuznetsov added.