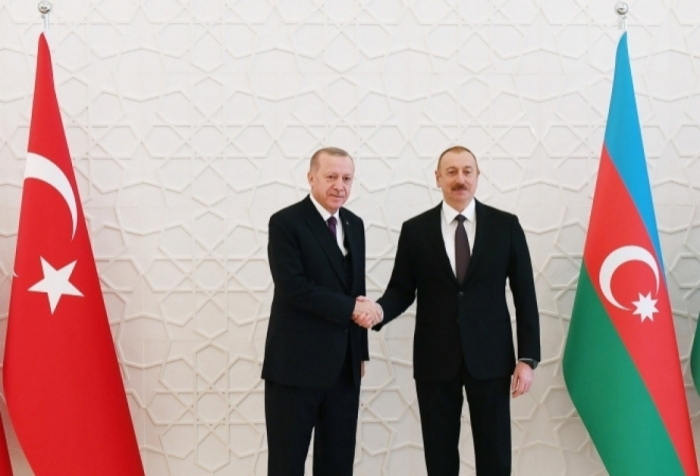 President of the Republic of Turkey Recep Tayyip Erdogan made a phone call to President of Azerbaijan Ilham Aliyev, AzVision.az reports.

President of Turkey extended his condolences to the head of state and the people of Azerbaijan as the Azerbaijani civilians and military servicemen were martyred on the contact line as a result of Armenian shelling the positions of the Army along the entire length of the front and the settlements located in the frontline zone with large-calibre weapons, mortars, and artillery mounts of various calibres.

Expressing gratitude for the attention and condolences, President Ilham Aliyev hailed the continued support of the Turkish President and the Turkish people for Azerbaijan on the Armenia-Azerbaijan Nagorno-Karabakh conflict.

The heads of state emphasized that friendly and brotherly Turkey and Azerbaijan will continue to stand by each other as always.

During the conversation, they discussed the issues relating to further development of bilateral relations between the two countries.