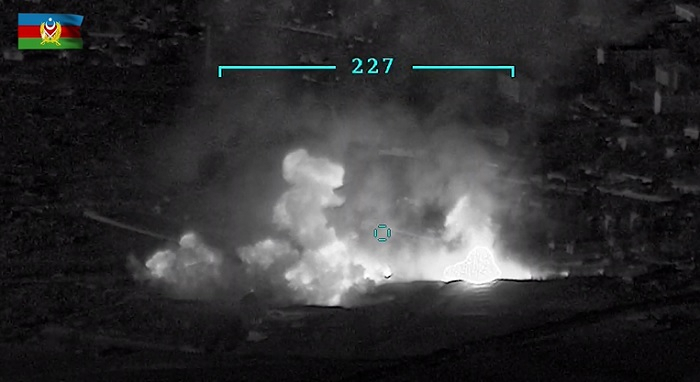 As a result of the counteroffensive of the Azerbaijani army, an ammunition depot of the Armenian army was destroyed, the Defense Ministry told AzVision.az.

The video footage released clearly shows an explosion that occurred in the warehouse as a result of a precise strike by the Azerbaijani army.