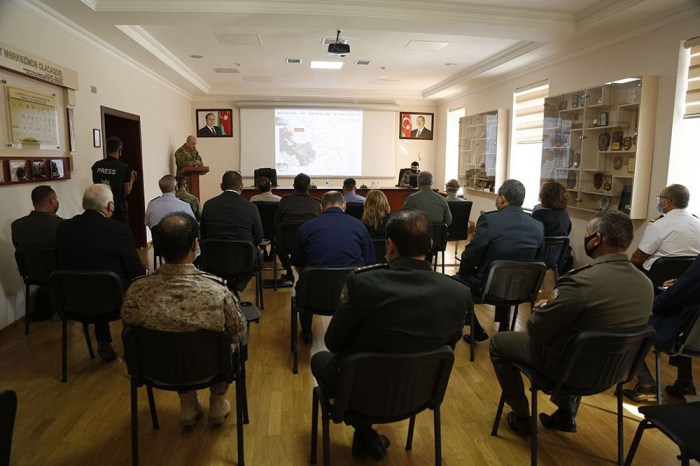 On September 28, foreign military attaches and representatives of international organizations accredited in the Republic of Azerbaijan (UN, EU, ICRC) have been briefed by the Ministry of Defence on Armenian aggression against Azerbaijan, the situation on the frontline, counter-operations of our troops, and the general operational situation, the Azerbaijani Defense Ministry told AzVision.az.

The representatives were informed in detail about Armenia's losses, liberated territories, and high grounds, as well as Armenian provocations and its disinformation activities.

Armenian armed forces launched a large-scale military attack on positions of the Azerbaijani Army on the frontline, using large-caliber weapons, mortars, and artillery on Sept. 27.