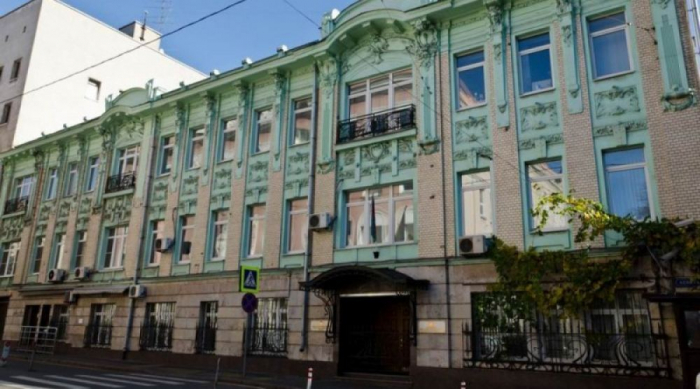 The Armenian armed forces, using various types of weapons, including heavy artillery, fired on settlements, as well as military positions of Azerbaijan from several directions on September 27, 2020, which led to casualties and injuries among the civilian population and military personnel, Azerbaijani Embassy in Russia said in a statement.

"The responsibility for the current aggravation of the situation completely falls on the military-political leadership of Armenia, whose actions caused the July events in the Tovuz district’s direction, as a result of which Azerbaijani servicemen and civilians died, and the capture of the commander of a sabotage group sent to commit terrorist acts in August by the Azerbaijani military,” the statement reads.

According to the embassy, attempts to change the format of negotiations, the Armenian prime-minister’s "Karabakh is Armenia, and that's it" statement, the "inauguration" of the head of the puppet regime in the cradle of Azerbaijani culture, the ancient city of Shusha, the decision to transfer here the so-called parliament led to the disruption of negotiations within the framework of the peace process.

As the embassy further said, other reasons for the disruption were the statement of the Armenian prime minister on the establishment of "volunteer" military units, the conduct of military exercises, the destruction of the cultural and historical monuments of Azerbaijan in the occupied territories, as well as the policy of Armenia on the illegal settlement of these territories, which according to international humanitarian law is a war crime.

“Armenia's goal is to preserve the status quo in the occupied territories by any means, as well as to divert the attention of the country's own population from very serious social and economic problems,” the embassy noted.

“In his appeal to the Azerbaijani people, President Ilham Aliyev stated that Azerbaijan has no military targets on the territory of Armenia, defends its territorial integrity, and openly pursues its policy. He stressed that Nagorno Karabakh is the ancestral historical Azerbaijani land and the whole world recognizes it as an integral part of Azerbaijan,” the embassy also reminded.

“We have repeatedly declared in the media, expert and political circles that the Azerbaijani people will never accept the loss of their lands and the pearl of Karabakh – Shusha,” the embassy said. “Unfortunately, many years of negotiations on the return of territories by peaceful means didn’t lead to success and, accordingly, Azerbaijan is forced to use its legal right for self-defense in accordance with the UN Charter and make the aggressor liberate the Azerbaijani lands.”

“Azerbaijan cannot endlessly conduct fruitless negotiations, put up with the occupation of 20 percent of its territory and the presence of a million refugees and internally displaced persons, of whom almost 300,000 were expelled from Armenia itself,” the embassy pointed out.

The embassy in its statement called on diaspora organizations operating in Russia to treat the current situation with understanding and to act within the framework of the adopted norms and laws of the Russian Federation.

“It should also be noted that within just one day we received more than 50 applications from our compatriots who expressed a desire to defend their Motherland,” the embassy said. “Expressing deep gratitude for the displayed patriotism, dedication, and solidarity, we inform you that the Azerbaijani army is capable of independently solving any tasks to liberate the occupied territories.”

The embassy expressed condolences to the families and close relatives of the killed Azerbaijani servicemen and civilians.