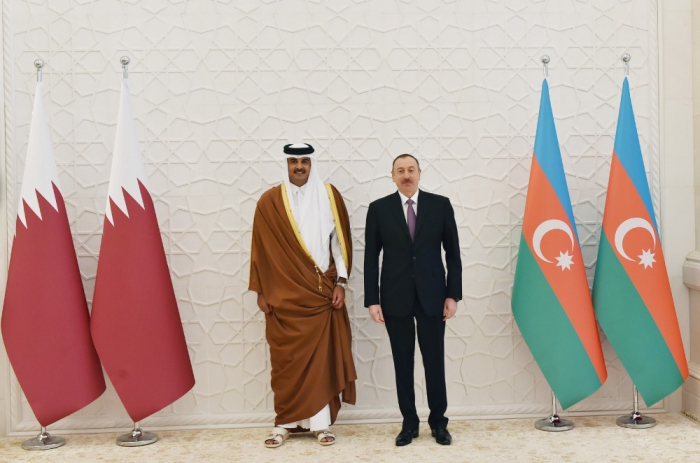 On 29 September, Amir of the State of Qatar Tamim bin Hamad al-Thani made a phone call to President of the Republic of Azerbajan Ilham Aliyev.

During the conversation, they discussed the issues relating to bilateral relations between the two countries.

also discussed the issues relating to tension between Armenia and Azerbaijan.

In this regard, the Amir of Qatar called to calm the situation, and try to resolve the dispute between the two countries through dialogue and diplomatic means by protecting the interests of both countries and peoples.

President Ilham Aliyev noted that on September 27, Armenia committed another military provocation against Azerbaijan. As a result of Armenia's heavy artillery shelling of our residential settlements and military units along the line of contact, our civilians and servicemen were killed.

The head of state emphasized that the Armenia-Azerbaijan Nagorno-Karabakh conflict can be resolved only on the basis of norms and principles of international law, within the framework of Azerbaijan's territorial integrity.