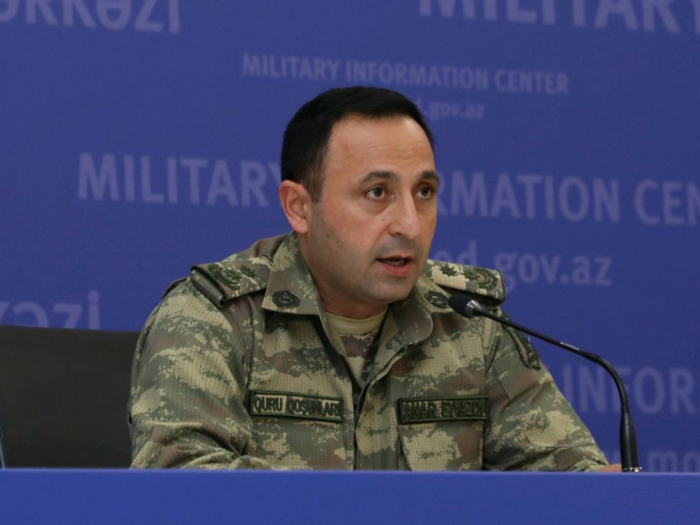 “In order to regain the lost positions, the Armenian army, concentrating additional forces in the direction of Madagiz, attempted an attack and opened fire at the Ashagy village of Agjakand, Goranboy region. However, this activity of Armenia was suppressed,” said the spokesman.

"The command post of the 41st separate artillery regiment of the 18th motorized rifle division of the Armenian army was hit by a blow from the Azerbaijani armed forces. The personnel of the 2nd Battalion of the 7th Mountain Rifle Regiment of the 10th Mountain Rifle Division of the 1st Combined Arms Army of the Armenian armed forces stationed in Tonashen suffered heavy losses and left their combat positions. A blow was also struck at the headquarters of the 5th mountain rifle regiment of this division stationed in Aghdere,” he said.

“At present, operations are being carried out to destroy the Armenian manpower and equipment that were surrounded in the Aghdere and Tartar directions by artillery, and the territory is being cleared. Suffering significant losses in manpower and military equipment, the Armenian army is unable to cope with the evacuation of the killed and wounded,” the ministry’s spokesman added.

Eyvazov noted that tens of thousands of Azerbaijanis voluntarily applied to the Ministry of Defense, expressing their desire to participate in the battles together with the soldiers.

“On behalf of the leadership of the Ministry of Defense, we thank them for their moral support” said Anar Eyvazov.