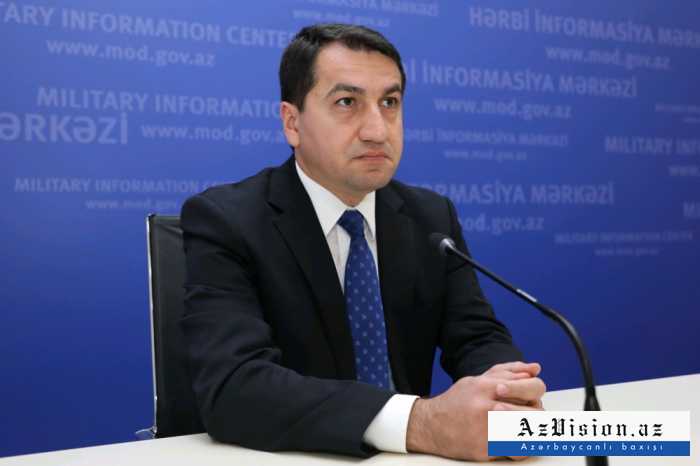 He noted that the deliberate and targeted shelling by the Armenian armed forces left 17 Azerbaijani civilians, including two children, dead and 51 others injured, as well as inflicted damage to state and private property.

“Armenia, by its acts, shows that it is a country far from the civilized values which once again commits heinous attacks against civilians and children. Targeting or deliberately killing of civilians during military operations is considered a war crime,” said Hajiyev, noting that the Armenian state and its military-political leadership are fully responsible for these actions.

He reminded that today the territory of Azerbaijan came under rocket fire from Armenia’s Gorus district.

“This is the second act of attack on Azerbaijan from the territory of Armenia. The first was an attack from the territory of Vardenis district. The rocket attack damaged about 20 houses in the village of Jojug Marjanli, a settlement built for internally displaced persons,” the official added.

Hajiyev warned that if attacks against Azerbaijan from the Armenian territory are not stopped, adequate measures will be taken against the legitimate military targets which carry out firing.