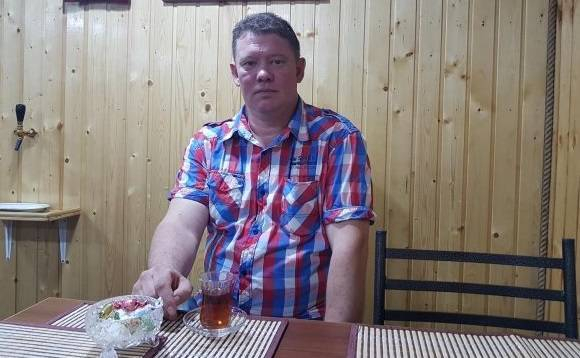 The active and successful prevention of Armenian provocation by Azerbaijani Army at the front inspired all citizens of Azerbaijan, regardless of their nationality and religion. All of them are ready to stand up to defend the territorial integrity of their homeland. Azerbaijanis, Russians, Lezgins, Tatars, Avars, Jews, Talysh and representatives of many other peoples are determined to expel the enemy from our lands.

One of them is Baku resident, Dmitry Singin, a veteran of the First Karabakh War, who defended the territorial integrity of the country as part of an international battalion, which included Azerbaijani citizens with various nationalities.

"I cannot stand when my homeland is threatened by the enemy who seized our lands expelling peaceful Azerbaijani population. Despite the numerous wounds received during the First Karabakh War, I am eager to join our glorious Army and take part in the liberation of Karabakh. Fortunately, I have relevant experience.

I also want to say that the enemy is insidious. They are losing on the battlefield, and therefore moved to the information field, where they circulate numerous fake news. For example, "Azerbaijan sends national minorities to the front". Certainly, this is a blatant lie. Nobody forced us then, during the 90s, and is not forcing us now to go to the front. For all of us, Azerbaijan is our Motherland, for which we are ready to give our lives. All of us - Azerbaijanis, Russians, Lezghins, Talysh, Jews and others in Azerbaijan - are patriots. All has been said. The rest we will say on the battlefield when we expel the enemy from our land," said Dmitry Singin.