Nagorno-Karabakh belongs to Azerbaijan!  - Posters on streets of France 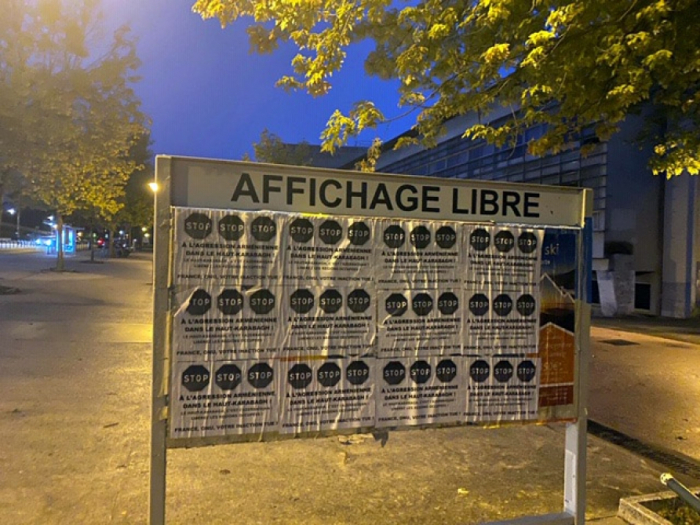 
According to them, posters with such slogans will be posted in other French cities as well.

Azerbaijani compatriots in France have been conveying the truth about Nagorno-Karabakh to the local community since Armenia started military provocations against Azerbaijan. They, in groups, play an active role in disseminating information about Azerbaijan and responding to misinformation about our country spread in France through social networks.

The Azerbaijani compatriots are responding to the misrepresentations of the conflict by French politicians, who are puppets in the hands of Armenian voters.

They have also addressed letters to the head of state and government of France urging them to abide by international law and implement four UN Security Council resolutions on the Nagorno-Karabakh conflict.

Meanwhile, the largest Armenian lobby in the world is in France.