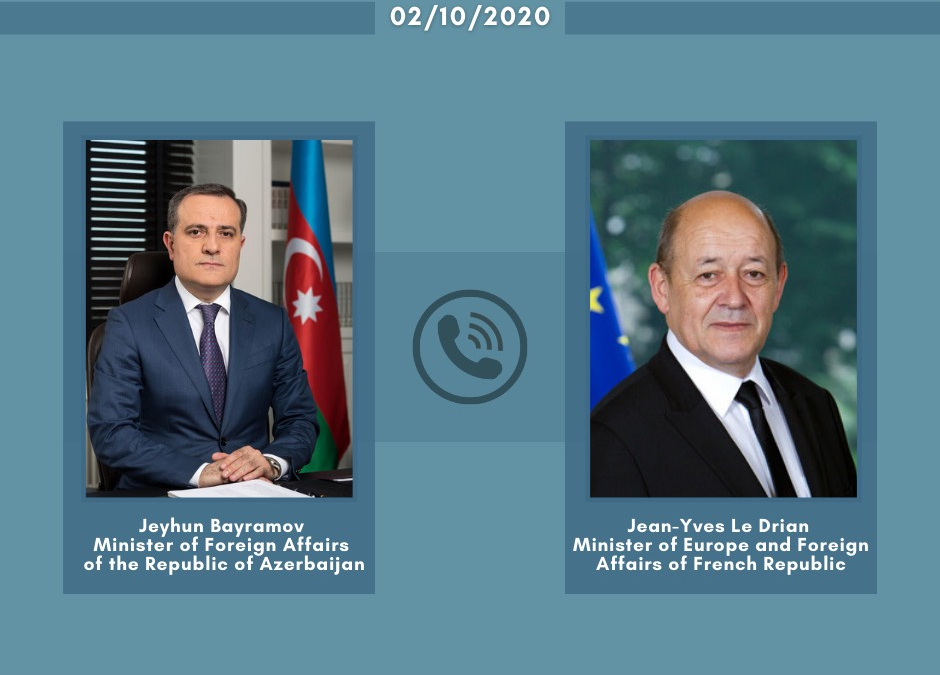 Minister Le Drian expressed serious concern over the tensions in the region. He stressed the importance of decreasing tensions and respecting the ceasefire regime. In this regard, it has been referred to the statement of the heads of OSCE Minsk Group Co-Chair states.

Minister Bayramov noted that the Armed Forces of the Republic of Azerbaijan carry out counter-offensive measures within its internationally recognized borders in response to the new military aggression of Armenia starting from 27 September, 2020.

The minister brought to the attention the fact that the armed forces of Armenia continue to target the Azerbaijani civilians and civilian objects.

Stressing that this is another gross violation of international humanitarian law by the occupying state, the minister noted that the shelling the civilian population demonstrates the terrorist nature of the leadership of Armenia.

Noting that tensions continue in the region, Minister Bayramov emphasized that full responsibility for the current situation lies with the political and military leadership of Armenia.