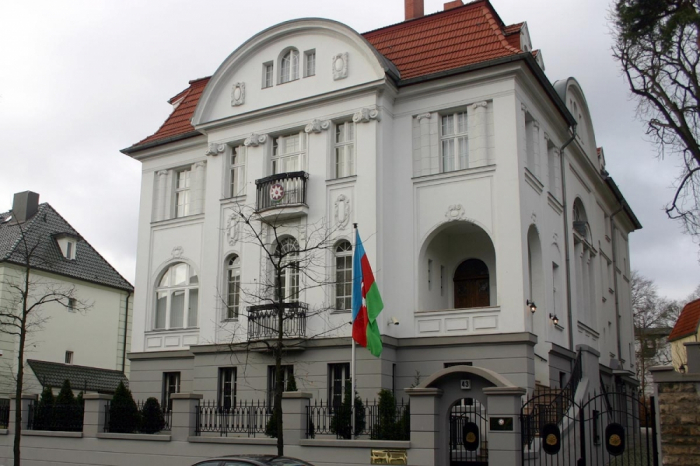 The Azerbaijani embassy in Germany has sent an appeal to mass media in Germany, AzVision.az reports.

It was noted that numerous information and articles have been published on the local media, as well as reports on the recent military provocations carried out by the Armenian armed forces in the occupied territories of Azerbaijan.

The appeal noted that some of the information and reports highlighted the fact that Azerbaijan is "Muslim" and Armenia is "Christian", resulting in an attempt to give the reader or viewer an artificial impression that the Armenian-Azerbaijani Nagorno-Karabakh conflict took place on religious grounds. The appeal brought to the attention of the media that the conflict arose as a result of Armenia's territorial claims against Azerbaijan, as well as the fact that all well-known German experts accept this fact.

Besides, it was emphasized that some of the published and disseminated information allegedly contained false information, such as "the transfer of Nagorno-Karabakh to Azerbaijan during the Soviet era." The appeal is based on historical facts, that Nagorno-Karabakh has always belonged to Azerbaijan. Media representatives were urged to carefully investigate the facts, follow the criteria of objective journalism and take into account these points during their professional activities.