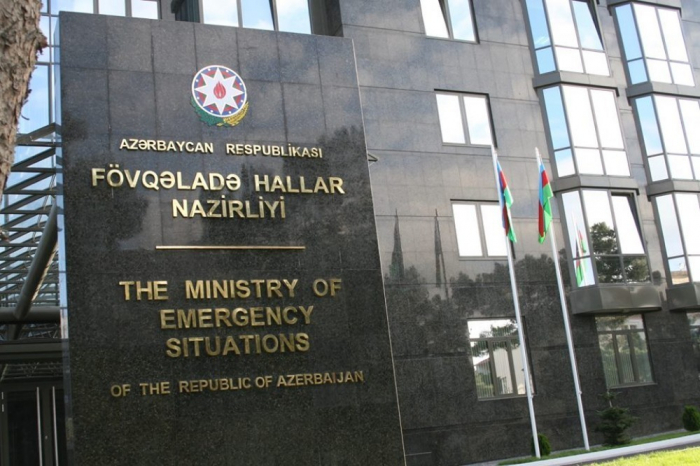 Armenian armed forces continue shelling of Azerbaijani civil population, violating the norms and principles of the international humanitarian law rudely. Not daring to face with Azerbaijani Glorious Army in the battlefield, the adversary commits destructions and fires in civilian facilities firing to the settlements with high population density, civil facilities, including private and apartment buildings and households, and causes serious damages to private and state property, AzVision.az reports citing Azerbaijan Ministry of Emergency Situations.

The shell strike by the Armenian armed forces, continuing their nefarious behavior, caused fire in the household facility belonging to a citizen in the centre of Tartar district. The fire was extinguished thanks to the quick measures taken by the relevant forces of the State Fire Protection Service of the Ministry of Emergency Situations involved in the spot and a part of the facility was protected from fire.

The fire broken in Khindristan village of Aghdam district due to the adversary’s shell strike was quickly extinguished by the firefighting brigades. Besides, the extinguishing of the fires broken in the territory of the Aghgol National Park in Aghjabadi district, Shikharkh settlement of Tartar district and Horadiz town of Fuzuli district, caused by the shell strikes, was impossible due to shelling by the adversary.

Also, the duty of firefighters was organized due to the neutralization of the shells fallen in in the territory of the Aghgol National Park in Aghjabadi district and Kabirli village.

Note that, the Ministry of Emergency Situations operates in enhanced mode to immediately eliminate the damages and fires caused to various facilities, including civil facilities, and private and apartment buildings, infrastructure facilities by the adversary’s artillery strikes. Please, immediately call the 112 hotline of the Ministry in case of any emergency.