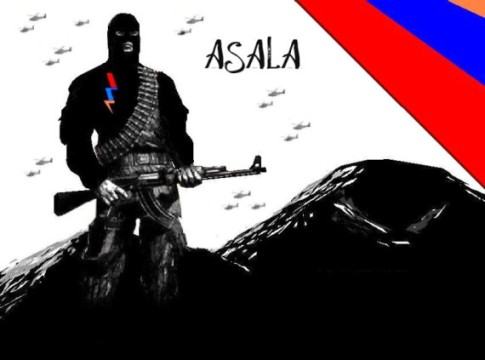 Hundreds of "ASALA" terrorists were brought from Lebanon to fight from Armenian side at a time when the Armenian propaganda was constantly spreading fake news about the involvement of Syrian mercenaries in the Karabakh war.

According to Russian newspaper, Syrian Armenians, mainly supporters of Bashar al-Assad, are leaving for Nagorno-Karabakh to support Armenia. They are also supported by Armenians from neighboring Lebanon.

"According to the information of the Lebanese Ministry of Interior Affairs, nearly 500 ethnic Armenians left Lebanon during th recent days going to battles in Nagorno-Karabakh," the source said.

It is noted that armed Armenian groups have been waging a guerrilla war against the Turks in Lebanon for many years. For example, the terrorist organization ASALA operated from 1975 to 1990, then renounced armed struggle and declared a political struggle.