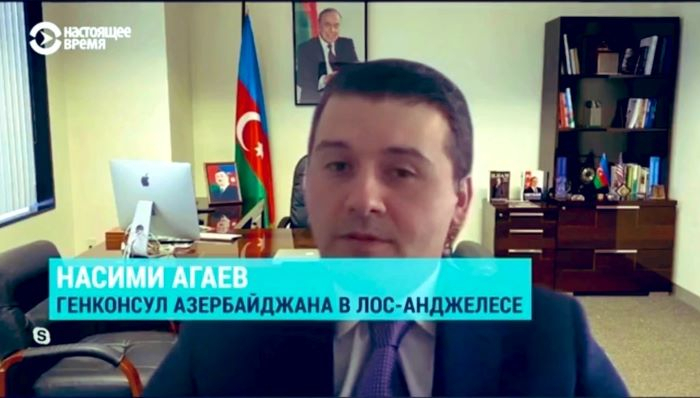 In his interviews, Aghayev provided detailed information about Armenia’s recent military provocations and attacks against Azerbaijan, its consequences, as well as about Armenia’s deliberate shelling of Azerbaijani civilians and civilian objects.

The consul general noted that Azerbaijan wants peace, however it can be possible only after the withdrawal of Armenian armed forces from the occupied Azerbaijani territories.

The diplomat is doing his best to convey the truth about Karabakh to the US public.