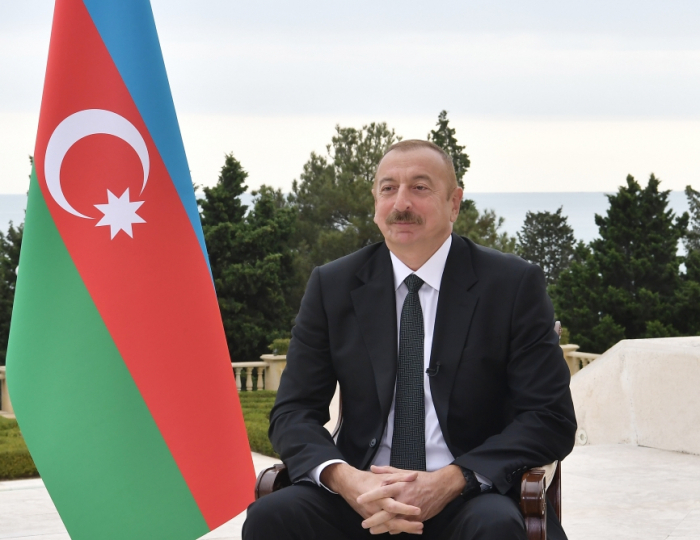 Armenia does not want peace. They want to keep Azerbaijani territories under occupation. They do not want to change status-quo. If Armenia showed the will and followed the resolutions of the international organizations, the conflict would be resolved long time ago, Azerbaijani President Ilham Aliyev said.

Azerbaijani President Ilham Aliyev made these remarks during his interview to "Al Jazeera" TV channel.

"When Armenia occupied part of our territories in 1993, UN Security Council adopted four resolutions regarding the immediate, complete and unconditional withdrawal of Armenian forces from from Azerbaijani territories. However, these resolutions are still on paper. The Minsk Group has been working for 28 years to mediate a solution and there is no result . As I noted, the main reason is Armenia's position, the second reason is lack of pressure from mediators to start implementation of the UN Security Council resolutions," the head of the state noted.