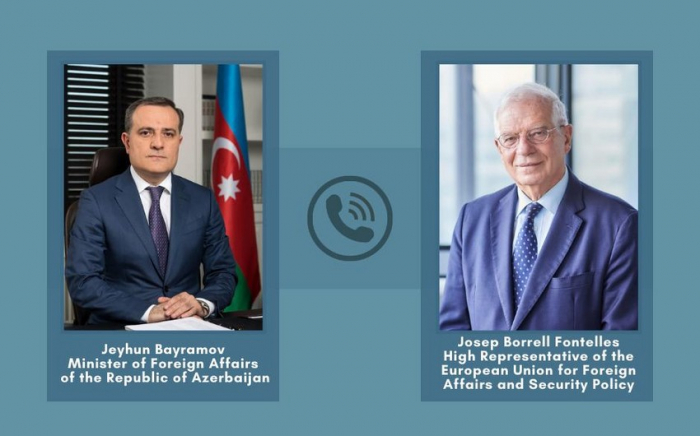 The sides exchanged views on the current situation in the Nagorno-Karabakh region.

The EU High Representative has expressed serious concern over tensions in the region. It was noted that the EU is interested in resolving tensions and supports the efforts of the OSCE Minsk Group co-chairs to resolve the conflict peacefully.

"As a continuation of the provocative activities carried out by Armenia in recent months, on September 27, it launched a new aggression against Azerbaijan along the entire front, and in response, the Azerbaijani armed forces launched a counter-offensive operation", he said. Talking about Armenia's purposeful targeting civilian people and objects, the minister said that so far 19 civilians have been killed and 63 injured.

The Minister said that Armenia is engaged in serious provocations by firing rockets and artillery at Azerbaijani settlements and aims to involve third parties in the conflict.

The minister stressed the importance of ending the occupation of Azerbaijani territories and especially, to ensure peace in the region, respecting the norms and principles of international law and territorial integrity of states within internationally recognized borders.