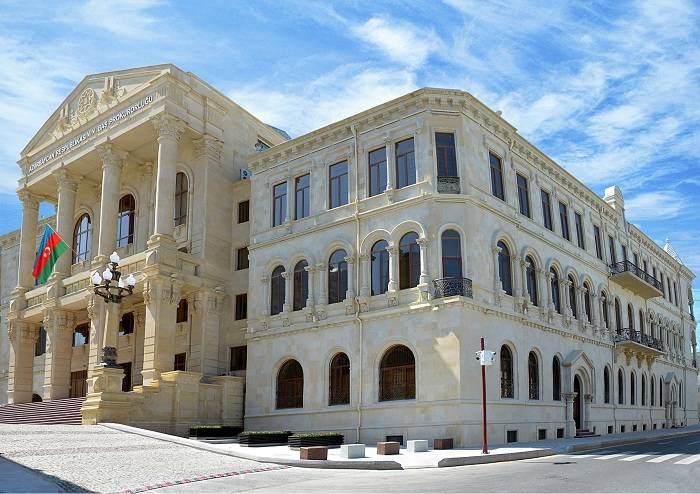 The military-political leadership of the aggressor Armenia continues to commit acts of terrorism against the civilian population, grossly violating the norms and principles of international law, the Azerbaijani Prosecutor General's Office told AzVision.az.

As a result of heavy artillery shelling of civilians in different directions of Azerbaijan's Beylagan city by the armed forces of the occupying Armenia on October 3, 2020 at about 19:00 (GMT+4) Ismayilova Zulfiya Isgandar, born in 1976, and her sister Asadova Arzu Isgandar, born in 1998, died under the wreckage when numerous artillery shells fell on their house. At the same time, the residents of the city Balakishiyev Etibar Tavakkul, born in 1982 and Bashirova Sevda Yashar, born in 1969 were hospitalized with various injuries, and many houses were severely damaged.

Also, on October 3, 2020 at about 21:00 (GMT+4) heavy artillery bombardment of densely populated areas of Azerbaijan by the Armenian armed forces resulted in shrapnel falling on Azad Garagoyunlu village, Terter District. Mammadov Safar Ayyub, born in 1966, and Guliyev Akif Yunis were hospitalized with various injuries caused from shrapnel fragments.
Given the present combat conditions all necessary investigative measures are being conducted by the prosecution authorities.

The Prosecutor General's Office of the Republic of Azerbaijan takes all necessary measures to ensure that the servicemen of the provocative Armenian units who committed crimes against Azerbaijani army and civilians are brought to justice within the international law.