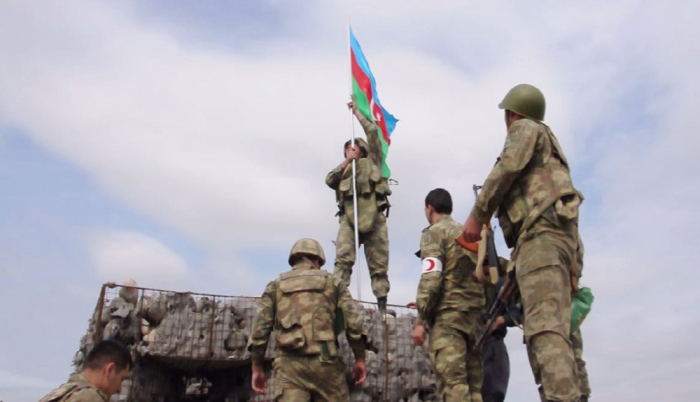 The Azerbaijani flag was raised at the military unit where the National Hero of Azerbaijan Mubariz Ibrahimov fought alone and destroyed a large number of the Armenian Armed forces on June 18, 2010, AzVision.az reports citing the Defense Ministry of Azerbaijan.

The Azerbaijani flag is already waving at the unit!

Starting from September 27, the Armenian side shelled the positions of the Azerbaijan Army along the entire length of the front and Azerbaijani human settlements located in the frontline zone with large-calibre weapons, mortars, and artillery mounts of various calibers. Currently, the Azerbaijani Army carries out counter-attack in response to the Armenian military attacks.