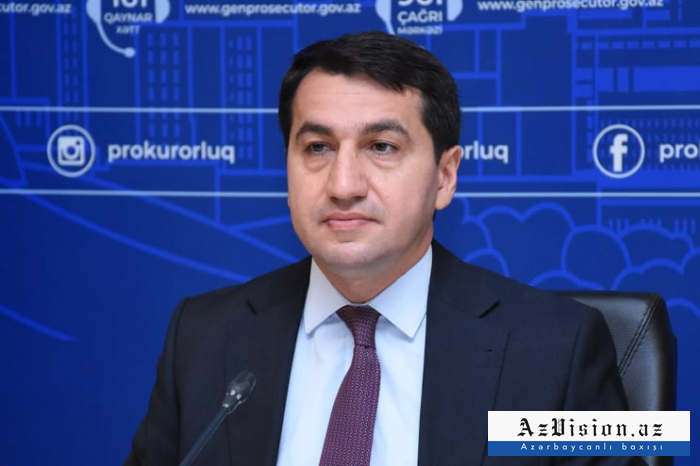 Armenia’s state terror against Azerbaijani civilians continues, Hikmet Hajiyev, Assistant to the President of Azerbaijan, Head of the Foreign Policy Department of the Presidential Administration, wrote in his Twitter page.

He noted that the Armenian armed forces launched a missile attack against the Azerbaijani city of Mingachevir.

Hikmet Hajiyev also tweeted photos of the unexploded rockets stating that peace enforcement must continue to bring #Armenia to its senses and responsibility.