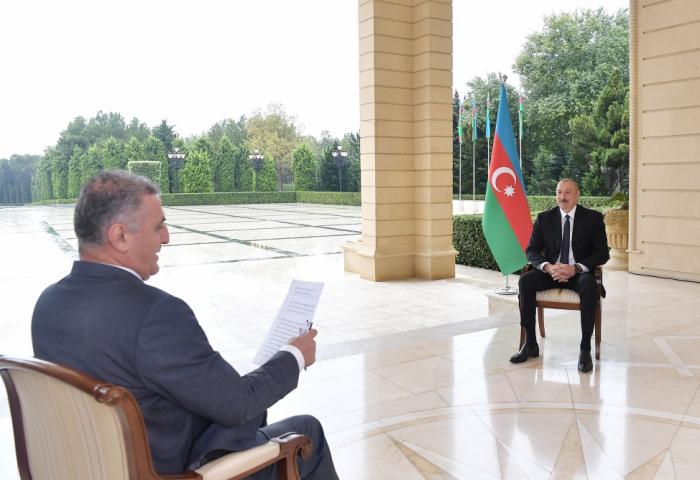 "The operation to liberate our occupied lands is proceeding according to plan. All the tasks before us have been fulfilled so far. Azerbaijani Army is successfully moving forward. Many settlements, one city, several villages were liberated from occupation. Currently, fierce battles are taking place in various directions."

President of the Republic of Azerbaijan Ilham Aliyev made remarks in his interview with TRT Haber, AzVision.az reports.

The Head of State said: "As you know, yesterday the city of Jabrayil and several villages of the Jabrayil region were liberated from occupation. I hope, the Azerbaijani Army will continue to successfully fulfil its mission and the territorial integrity of Azerbaijan will be restored. This is our main goal. This goal will ensure historical justice. At the same time, it should be taken as a sign of respect for international law, because Nagorno-Karabakh and other occupied lands are the historical lands of Azerbaijan. These lands belong to the Republic of Azerbaijan in term of international law, too."