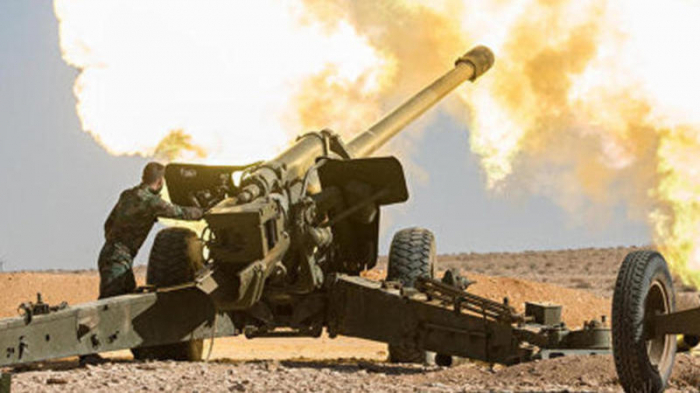 Azerbaijan’s infinite voyage of martyrdom is now confronting with maliciousness of Armenian which carries notorious past full of sever ethnic cleansing and horrible genocide, conspiratorial present and frightening future because of its paramount fascist hangover and state sponsored terrorist activities and of course provocations. Tug of war is now embodied into full-fledged war of machineries.

War has now entered into its fifth day during which Armenia tried to surpass true essence of international law and perpetuated attack on the civilian settlements and population of Azerbaijan. This time Azerbaijan started a counter offensive operation during which it succeeded to destroy key military installations of Armenia and captured tactical mountains and last but not least liberated illegally occupied areas from Armenia and its sponsored international militia and terrorist groups.

Azerbaijan completely destroyed various military installations, missile batteries and anti-missile system S-300 of Armenia. Its claim of downing of its F-16 by Turkey did not achieve any attention in the region as well as in the international power circle. Atypically, Zee News India also claimed presence of Pakistani troops in Azerbaijan to fight against Armenia which has already been denied by the foreign ministry of Pakistan.

However, it shows axis of enmity, empathy and destruction of Armenia and India against Azerbaijan and Pakistan. Hopefully their marriage of convenience will be divorced very soon with the parotic spirits of both the countries. Notwithstanding, Azerbaijan and Pakistan are brotherly countries which are now knotted even with grief, anger and purpose of recognition.

Ongoing war has once again highlighted the immediate need to resolve the frozen conflict of Nagorno-Karabakh region and seven surrounding regions of Azerbaijan during the 1991-1993. Armenia’s impulsive orientation, military obsession, mantra of self-defined and self-inserted ownership of Nagorno-Karabakh (NB) has put the South Caucasus security at risk. There is an urgent need to resolve the pending issue of NB purely on the resolutions of the United Nations Security Council which adopted four resolutions 822, 853, 874 and 884 condemning the use of force against Azerbaijan and the occupation of its territories in 1993.

Armenia’s jingoism has once again threatened South Caucasus’s socio-economic stability, geopolitical harmony and geostrategic sustainability which may have serious security consequences to the European Union.

Armenia’ draconian instinct against the innocent local people living in various illegally occupied areas and adjacent to border has once again made it naked to use ferocious military power against stranded people. Fierce fighting has been raged which has produced shock & awe in so many important capitals of the world especially the EU.

The EU, Russia, United Nations, the United States, France and Germany came forward but with certain secretive motives. A large numbers of Armenian diaspora live in France and Germany which have forced them to help-out fleeing Armenians. Even, European Court of Human Rights (ECHR) favored the aggressor, Armenia and intentionally preferred crusading approach over human curiosity. Armenia pulverized Azerbaijan civilian settlements with rockets and artillery in the merciless round of the frozen conflict since 1994. The fighting is now taking place along all sections of the front line. It has deployed helicopters, drones, tanks, and artillery during the first five days of fighting.

Armenia’s real callous face has now out of sugarcoated so called democracy which has been gnarled by imposing martial law in the country. So divinity of democracy has been crawled by the big generals. Now, worshiper of darkness and destruction i.e. Armenia is heavily indulged in attacking the caravans of innocent Azerbaijanis. Being prominent regional expert of Azerbaijan & CIS, I expect a fair deal and befitting proposition for suppressing and struggling people living in the Nagorno-Karabakh region to be liberated for the sake of humanity, sagacity of international law and above all sustainability of diplomacy.  Otherwise, it may further escalate.

It is a bitter reality that Armenia has been pursuing ethnic cleansing policy against Azerbaijan for centuries in order to illegally occupy its territorial areas. With the help of its regional bosses Armenia unfortunately, succeeded to occupy the Nagorno-Karabakh region and seven surrounding regions of Azerbaijan during the 1991-1993.

Despite the declaration of a ceasefire between the two countries in 1994, Armenia has been provoking Azerbaijan. Over the years, Armenia has repeatedly violated the ceasefire, opened fire against Azerbaijani soldiers, civilians and claimed hundreds of lives. Armenian prime minister ordered full military mobilization whereas, Azerbaijani President Ilham Aliyev ordered partial military mobilization which shows Armenia’s obsession of military power and on the other hand upholds Azerbaijan peaceful resolve to counter the enemy attack with appropriate response with befitting tactical operations.

Geographically, Nagorno-Karabakh is a mountainous region consisting/covering around 4,400 square kilometers situated 50 kilometers from the Armenian border. With the passage of time, local soldiers supported by Armenia also occupy some Azerbaijani territory outside the region. So, illegal annexation practice is still on by Armenians due to which the Internally Displaced People (IDPs) have been at receiving end for so many years. Armenia has been covertly busy in changing the geographic equation of the illegal occupied areas which is again gross violation of the international law and various resolutions of the UN too.

UN Secretary-General Antonio Guterres has called on both the leaders to immediately halt hostilities over the disputed region of Nagorno-Karabakh. He stressed the need for resumption of talks and the redeployment of monitors from the Organization for Security and Cooperation in Europe to the region. Azerbaijan president Ilham Aliyev upheld that his country fighting war of survival from its own territories.

Meanwhile, the UN Security Council tried to hold emergency to discuss the fighting following a request from Germany and France. Even German Chancellor Angela Merkel called both the leaders and asked for immediate truce. The fighting has now threatened to draw in regional powers Russia and Turkey which would be fatal for the entire region.

Unfortunately, Nagorno-Karabakh region has been in the line of fire due to Armenia’s military violations. But this time the unresolved conflict in the volatile South Caucasus Region (SCR) erupted into the deadliest bouts of fighting since April 2016.

The government of Turkey and especially its President Recep Tayyip Erdogan pledged full support to government and people of Azerbaijan by demanding Armenia to put an end to its unjust, inhumane and illegal occupation of Nagorno-Karabakh region after deadly clashes started along the border of Azerbaijan. He upheld that de-occupation of Nagorno-Karabakh and other seven regions would start a new era of peace and harmony in the region. On its part, Russian continuously observing the ongoing war and urged to stop the hostilities.

In this time of crisis, Pakistan stood first to show its love, compassion and solidarity with the government and people of Azerbaijan by strongly condemning Armenian attack on its civilian and military installations. Speaker of the National Assembly of Azerbaijan Sahiba Gafarova telephoned the Senate Chairman Muhammad Sadiq Sanjrani and both leaders discussed important issues and the regional situation in the backdrop of latest tension.

During the telephonic conversation the Senate Chairman blamed Armenia for recent tensions which and termed it anti-humanity. He strongly condemned Armenia invasion which threatened peace in the region. He upheld that Pakistan supported Azerbaijan’s position on the Nagorno-Karabakh issue.

Armenia violates not only the principles of territorial integrity of another state, but also a number of conventions and resolutions, which prohibit the destruction of movable and immovable property of the occupied lands. Since the beginning of the Armenia’s occupational policy against Azerbaijan, 20% of the territory of Azerbaijan, including the territory of Nagorno-Karabakh and seven surrounding regions, are under the control of the Armenian armed forces.

Being prominent regional expert of Azerbaijan & CIS, I request the international community and human wisdom and the UN to immediately intervene and stop Armenia from its military provocations and quadruped predispositions which may produce a serious regional threat to the SCR necessitating terrible spillover repercussions for peace and stability. Moreover, immediate withdrawal of Armenian forces from Nagorno-Karabakh and its seven adjacent areas would be great boost to regional peace and harmony. To conclude, Nagorno-Karabakh is Azerbaijan and caravans of martyrdom will not be defeated by the fleeing Armenians.  Azerbaijan is a land of brave hearts where beasts of Armenia has no place to settle. 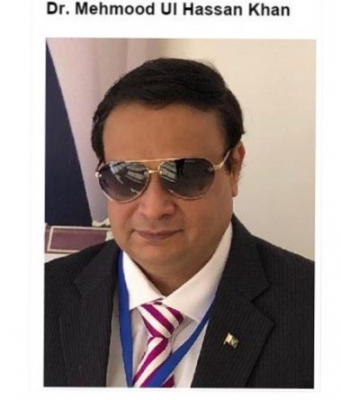