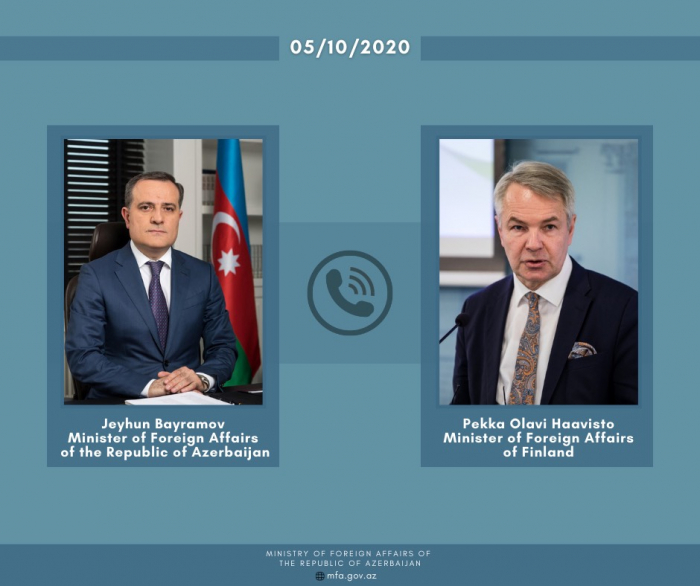 Minister Haavisto expressed concern on the tensions in the region and inquired about the current situation.

Minister Bayramov informed his counterpart on the latest tensions in the region, especially Armenia’s deliberate shelling the Azerbaijani civilians and civilian objects. Casualties among the civilian population and destruction of civilian infrastructures as a result of the purposeful targeting by armed forces of Armenia the Azerbaijani cities located far from the line of contact, including Ganja, the second largest city of Azerbaijan, industrial city Mingachevir, as well as Khizi and Absheron regions was brought to the attention of Foreign Minister of Finland. He stressed that full responsibility for the deterioration of the situation in the region lies on the leadership of Armenia.

Minister Bayramov highlighted the importance of obeying the norms and principles of international law, including the international humanitarian law, as well as the implementation of the related UN Security Council resolutions by Armenia.