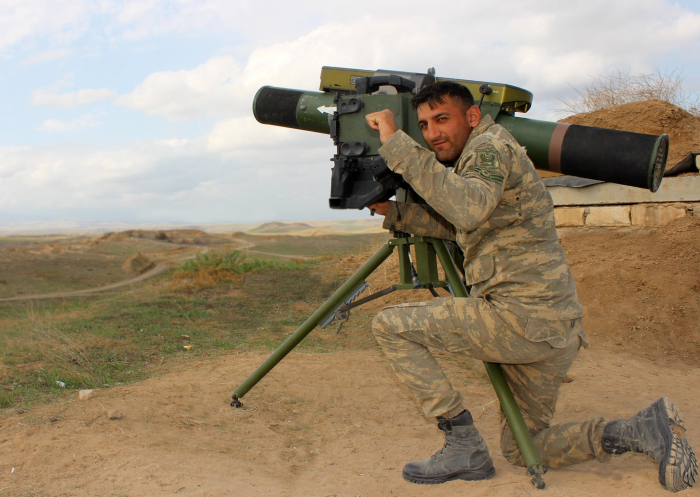 Serviceman of the Azerbaijani Army, warrant officer Tahir Misirkhanov, who was awarded the “Azerbaijani Flag” Order for taking out 6 tanks of the Armenian armed forces during the 2016 April Battles, continue to destroy the enemy’s military equipment.

Misirkhanov, who is valiantly fighting in the Azerbaijani Army’s counteroffensive launched on September 27 to liberate the country’s occupied territories, has already destroyed 11 armored vehicles of the Armenian armed forces, the Ministry of Defense told Azvision.az.

The valor serviceman, who has destroyed a total of 17 enemy’s armored vehicles and contributed to the victories of the Azerbaijani Army, says he will fight to the end to ensure the country’s territorial integrity.