Here is the information about Major General Hikmet Hasanov.

Hikmet Hasanov was born on October 9, 1975, in Pirahmadli village of Fizuli region. Hikmet Hasanov decided to be a military serviceman amid the Armenian aggression against Azerbaijan. He graduated from high school in 1992 and entered the Baku Higher Combined Arms Command School.

In the same year, amid the tense situation on the frontline, he left the school and joined the battles for his native village. In 1993, he served as a platoon commander in a military unit in Tartar. Then he served in Agdam. He was promoted to the position of unit commander and battalion commander.

In 2002, he entered China's People's Liberation Army Ground Force Academy to continue his education. He graduated from the academy with honors and was awarded a special badge. Back to his homeland in 2003, he was appointed Deputy Brigade Commander for Logistics in a military unit in Gazakh, and a few months later continued his service as Chief of Staff of Brigade in Tovuz. In 2004, he was promoted to brigade commander by the command for taking the Armenian post with his soldier Dilgam in the direction of Tovuz. As the soldier Dilgam was killed in that battle, the post is now named after Martyr Dilgam.

In 2005-2008 he continued his service as the commander of the brigade in Ganja. He entered the Military Academy of the Armed Forces in 2008 and graduated with honors in 2010. In the same year, he was appointed commander of the brigade of the NATO battalion created by the Azerbaijan Ministry of Defence under a partnership agreement with NATO in Perekeshkul and became the first Azerbaijani serviceman to report in English on a NATO exercise. 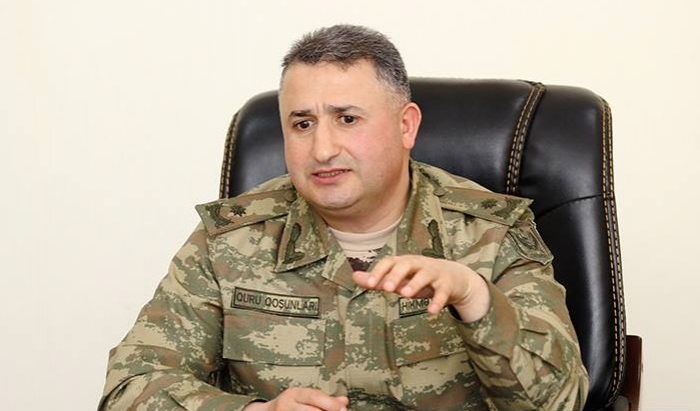 In 2013, he left for Germany to further his education, took a NATO operational planning course, and practiced as a staff officer at NATO's operational headquarters. In 2014, by the order of the President of the Republic of Azerbaijan, Supreme Commander-in-Chief Ilham Aliyev, he was appointed Chief of Staff of the newly formed, restructured Nakhchivan Combined Arms Army. On June 26, 2014, on the 96th anniversary of the establishment of the Armed Forces, he was awarded the rank of Major General by the order of the Supreme Commander-in-Chief.

On December 28, 2014, by the order of the Supreme Commander-in-Chief, he was appointed Commander of Unit, the most dangerous, strategic post of the Armed Forces. During his command, in 2015-2017, Armenian armed forces suffered heavy losses in the direction of Agdam-Terter-Goranboy. 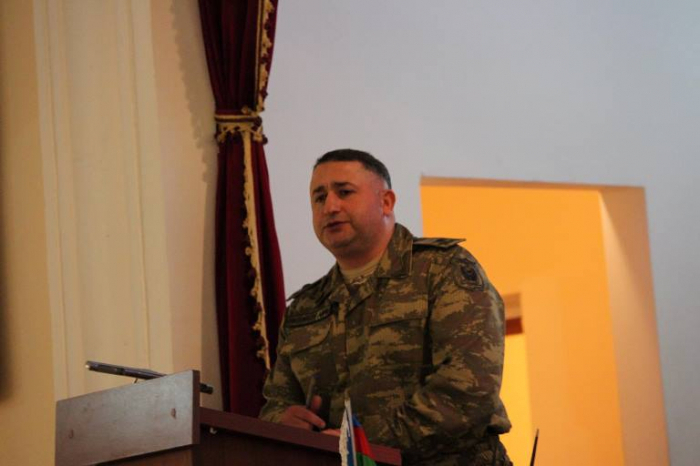 During April battles, he led the fighting on Agdam-Tartar-Goranboy directions on the frontline. During the battle, he and the soldiers destroyed Armenians’ 24-year-old "Ohanyan defence line" for 2 hours and climbed the Talish heights, destroyed 21 Armenian posts, and eliminated 7 strategic heights from the occupiers.

He speaks fluently in English, Russian, Turkish, Persian, and Armenian languages. Hikmet Hasanov participated in various courses of NATO in Turkey, the Netherlands, and Germany.