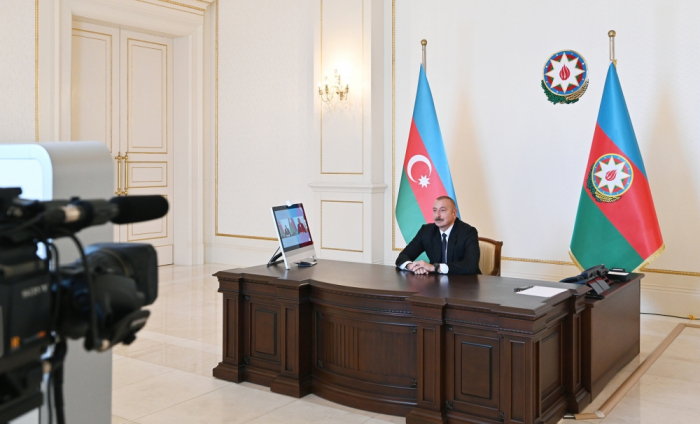 "Turkey is a strong ally, partner and brotherly country for us. Of course, their statements reflect their position, and we are grateful to the Turkish government, the Turkish President and the Turkish people for their support. However, Turkey is not involved in the conflict in any other way."

President of the Republic of Azerbaijan said in an interview with Euronews television on Oct. 7, AzVision.az reports.

The head of state said that by spreading such fake news, Armenia tries to underestimate the power and capability of the Azerbaijani Army: "We are fighting by ourselves. Yes, we are purchasing weapons from Turkey, but not only from Turkey. Our main arms supplier is not Turkey. Probably everyone knows about it. Thus, the fact that we buy modern Turkish equipment, including combat drones, should not be a problem for anyone, because Armenia acquires weapons for free. While we are paying for them, they receive for free. Turkey is not involved in the conflict in any other way."

Kurdamir and Gabala subjected to rocket attack by Armenia