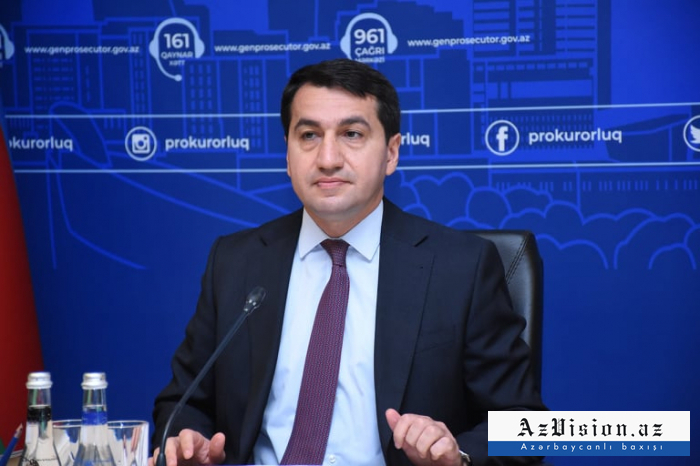 Armenian suicide drone was successfully destroyed by Azerbaijani air defense forces, Assistant to the President of Azerbaijan and Head of the Department of Foreign Policy Affairs of the Presidential Administration of Azerbaijan Hikmet Hajiyev posted on Twitter.

Hikmet Hajiyev noted that the suicide drone was whirling around civilians, and its destruction saved the lives of more civilians.

Note, starting from September 27, at about 06:00, the Armenian Armed Forces committed military provocation against Azerbaijan shelling the positions of the Azerbaijan Army along the entire length of the front and Azerbaijani human settlements located in the frontline zone and cities and regions far from the front line with missiles, large-calibre weapons, mortars, and artillery mounts of various calibres.