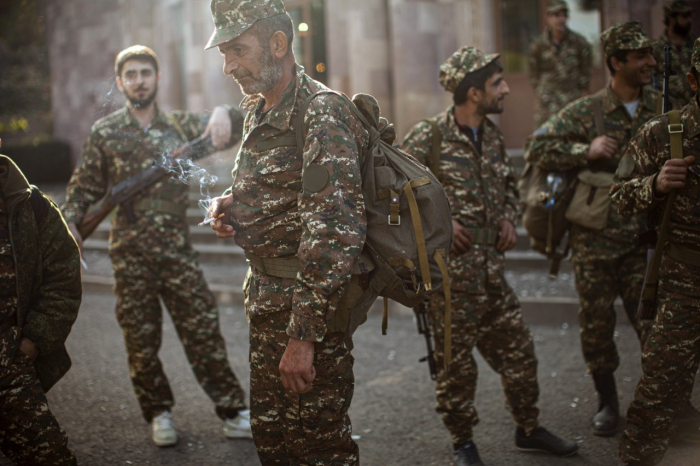 Research conducted by the Caspian and Black Sea Research Foundation (CCBS) in Bulgaria has found that growing allegations that Azerbaijan is sending mercenaries to Nagorno-Karabakh are based on fake news prepared by social media users.

Following growing reports and allegations, the CCBS investigated the news and attempted to verify the reports with independent experts.

Regarding the Sept. 21 story, "Azerbaijan’s Syrian mercenaries," which includes the first "reporting" on the alleged deployment of Syrian mercenaries to fight for Azerbaijan, CCBS said: “Interestingly, the source was a Syrian user of Armenian origin, Kevork Almassian. Without mentioning any specific and reliable source." 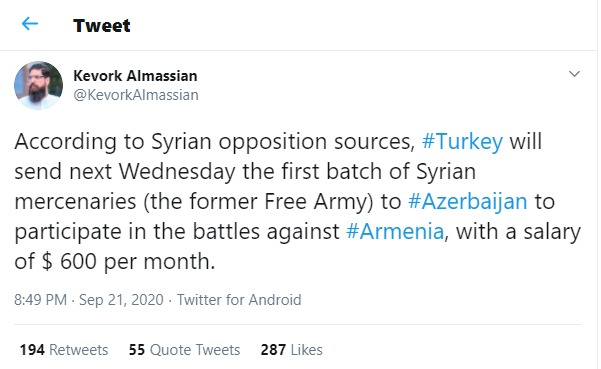 It was determined that on the same day, self-proclaimed investigative journalist, Lindsey Snell, tweeted her report on the deployment of "Turkish-backed Syrian National Army," by referring to Almassian.

Accordingly, Snell tweeted again - "Hamza's division is coming to Baku" sharing a photo of unknown people on the plane. 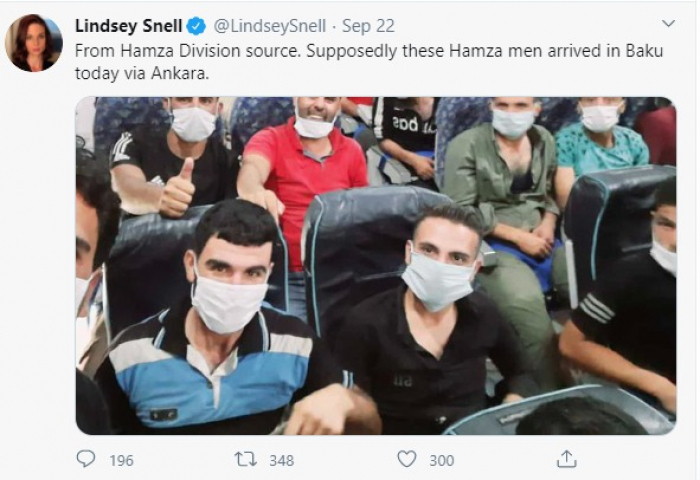 Snell`s sympathy with the Armenian and Kurdish causes can be noticed looking at her previous tweets.

Snell’s tweets were even referred by a media outlet - the Greek City Times. 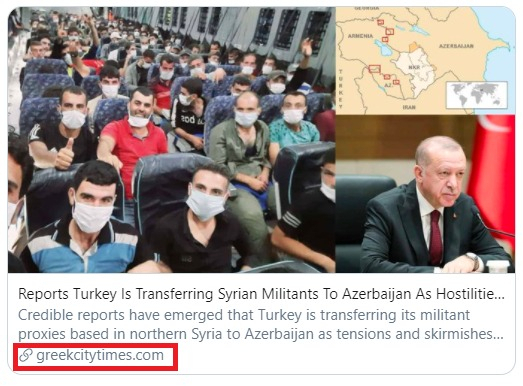 "Our investigation found out that the majority of further mentions of the 'Hamza Division news' were simply quoting those initial sources tracking back to Snell's unverified tweet," the CCBS said.

The "virtual life" of Syrian mercenaries moved to the next stage through the use of their deaths. Likewise, the CCBS said another fabrication of "evidence" included photos of a soldier, who actually died of chronic illness in a Turkish hospital and another killed in northern Iraq "to prove" Turkish soldiers were being killed in the Nagorno-Karabakh battles. The think tank found that Abdurrahman Temelli, the uncle of the fallen soldier, Serdar Temelli, had expressed resentment on social media regarding the fake news.

Contrary to the fake news, Serdar Temelli lost his life during Turkey’s Operation Claw-Tiger in northern Iraq. Abdurrahman Temelli said an Armenian Defense Ministry official had shared his nephew's photo as a soldier who died in Nagorno-Karabakh.

Another method to create fake "evidences" was photoshopping pictures to make them appear to have been taken amid the Azerbaijan-Armenia conflict.

"Another primitive 'proof' (a photo 'depicting' Syrians taking selfies while battling on the Azerbaijani side) was exposed as a photoshopped image: Disseminators of fake news simply added the Azerbaijani flag to the photos of some Middle Eastern-looking people," it said.

The CCBS underlined that the use of fake news has not been limited only to social media.

It stated that a Middle Eastern media outlet circulated news referencing the Syrian Observatory for Human Rights (SOHR). "The supposed mission of those militants was limited only to protect the oil fields in Azerbaijan,” the media outlet said, quoting the SOHR.

"Azerbaijan’s oil fields are located on and offshore in the Caspian Sea, 300-400 kilometers (185-250 miles) from Nagorno-Karabakh and the theater of the military operations. Furthermore, it pointed out that these oil fields are operated by a consortium of leading international oil companies from multiple countries. The aforementioned claim, the use of 'illegal mercenaries on the oil fields' must be happening under the watch of those companies," CCBS said. 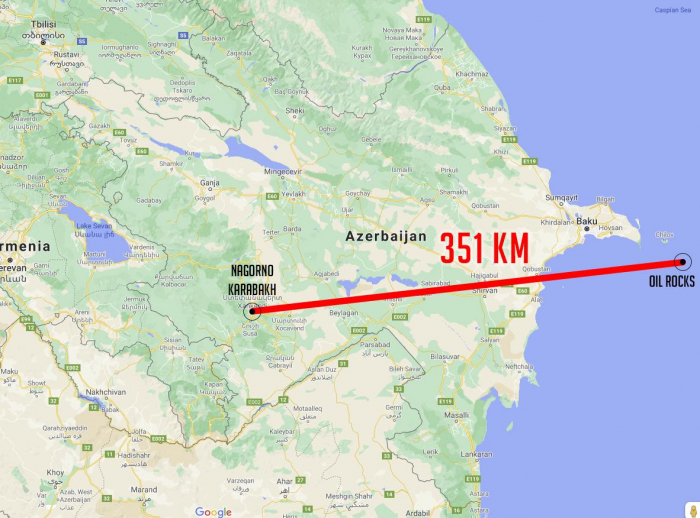 According to CCBS, the virtual battle of fake news disseminators serves to add another layer of complexity to the conflict by paving the way for dragging multiple third parties into the conflict.